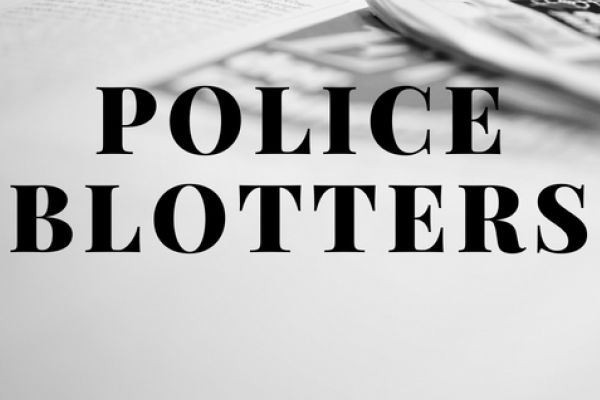 5:30 p.m. —The department received a call from a party who stated that she saw a man walking down First Street and Highbrook Ave with no shirt on, seemingly out of it. Units were dispatched to the incident location and met with the man who was just walking. Units advised all to be in order and the party was sent on his way. No further police action required.

5:32 p.m. — A phone call was received by a party residing on Highbrook stating that she had heard her neighbors dog barking for some time, and observed their front door to be open. The party reportedly rang the doorbell with negative results. Units were dispatched to the residence who stated that all was in order. No further police action required.

6:13 p.m. — An officer radioed the police desk with a description of a Hispanic male in his 20s with a scar on his face, wearing droopy pants. He was reportedly looking car windows on the South Side of the train station. Units conducted a canvass of the area. MTA police were contacted and arrived on scene, yielding negative results of the canvass.

7:14 p.m. — The department received a phone call from a party saying that her three year old son was missing. While the party was providing the information in regards to the missing child, an officer was driving by the residence, and the party waived him down to notify him as well. Units conducted a canvass of the residence, locating the child in a bedroom. No further police action was taken.

3:32 a.m. — An officer on duty reported a suspicious vehicle on Fifth Avenue. The operating party was observed sleeping in aforementioned vehicle. The party was interviewed and found to be too tired to drive home. The driver was sent on his way and the vehicle was parked and secured at that location. No further police action taken.

12:20 p.m. — An officer was dispatched on the report of  an aided case, an adult male suffering from chest pains. Upon arrival the party was sitting down complaining of pain from his lower back going up to his left shoulder. Both a member of the Pelham Fire Department and Medic arrived on scene providing treatment and evaluation. An EMS arrived on  to take the party for further medical attention.

2:33 p.m. — The police were informed of a hit and run on Highbrook Avenue and First Street. An officer was dispatched and is to later fill out a report.

1:40 a.m. — The department received a call from a resident on Manning Circle advising that he was locked out of his house, and that the nearest key holder was not accessible. Two police officers were dispatched and recommended that the resident call a 24-hour lock smith. The resident did call a locksmith and was able to regain access to the property.

6:05 a.m. — The department received a call from a party stating that she had observed a black sac alongside a parked white car in the MTA parking lot on the North Side. She further advised that the car was parked near the ‘zip car’ sign. Officers were dispatched and the MTA Police Department was notified. The officer found the black bag to be filled with laundry. MTA Police were notified of the property, Pelham Police Department on stand by.

8:49 a.m. — An officer responded to a residence on Fifth Avenue on a possible burglary in progress. Upon arrival the officer spoke with a male party who explained that he, his wife, and their child had entered the building through the rear window to access to the office at this location. The mad advised that he and his brother own the building and had plans to hold a shareholders meeting. Upon investigation it is apparent that there would be a dispute over ownership and other legal matters between them. After a mediated meeting, both parties agreed to pursue the matter through civil court.

8:37 p.m. — A party came into the Police headquarters to report that her father had lost his wallet earlier in the day. She stated that her father was in an establishment on Fifth Avenue at approximately eight in the morning when he lost it. Her father noticed the wallet to be missing at around four in the afternoon, and called the incident location to see if his wallet had been located rendering negative results. The party stated that she had cancelled all of the credit cards that were in the missing wallet. The party was given a number to contact the Social Security, and suggested to report the missing card.

8:46 p.m. — The department received a phone call from a resident of an apartment complex on Fifth Avenue. She stated that she entered the building to find the super trying to open the elevator door. Both pelham police and pelham firemen were dispatched to the scene. There were reportedly two children stuck in the elevator. When the pelham fire department arrived on scene both children were out of the elevator, unharmed, and soon released into the care of their mother.

3:25 a.m. —The department received a call from a pedestrian reporting a possible fight on Lakeside Drive, just over the Sixth Street border of New Rochelle. The complaint was transferred to the New Rochelle Police Department, and two officers were dispatched to the scene to check and advise. Two parties were found having a verbal argument. Assistance provided from both Pelham and New Rochelle Police.

9:28 a.m. — An officer was dispatched to DeCiccos supermarket on Fifth Avenue for a male party being detained for damaging property. Upon arrival, an officer was hand-cuffing the man as he was being held down by store staff. The man was taken to the department and placed in a cell. He was checked out by the Pelham Fire Department due to minor scratches on his knuckles. The manager of the store advised that the man all of a sudden ‘freaked out,’ talking to himself, throwing items off the shelves. At one point the man ripped a TV display from the wall and threw it on the floor causing damage. Unsure of the situation, store staff attempted to calm the man down, and physically restrained him until police arrived. Video surveillance of the incident was handed over to the police. The man is due back in court at a later date.