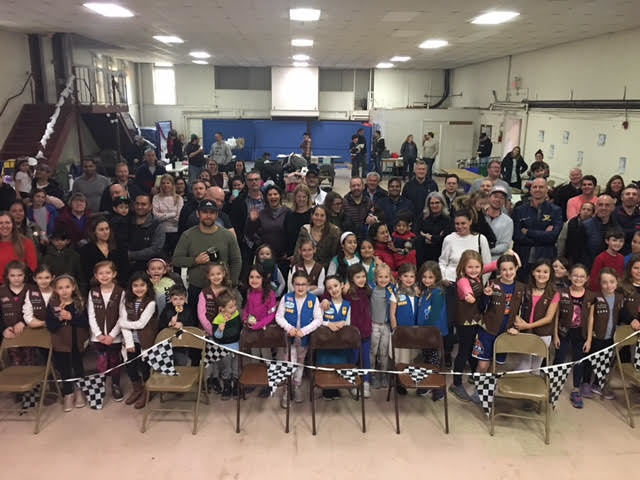 The derby, long a staple of Cub Scouts, was started by a mother and daughter duo Tonilynn and Alyssalynn Catalanotto. The scouts received their blocks of wood in early January and worked to make the race car of their dreams. This year, the Girl Scouts were lucky to share a track with the Siwanoy Cup Scouts.

“We went computerized this year, which allowed the race to go faster,” said Tonilynn Catalanotto. “Thank you to Mr. Trabue and his sons Bates and Harrison.”

Along with racing cars, the girls made cards thanking soldiers and veterans for their service. They also collected canned goods, boxed pasta and rice for County Harvest.