Oscar predictions: A year of representation and firsts 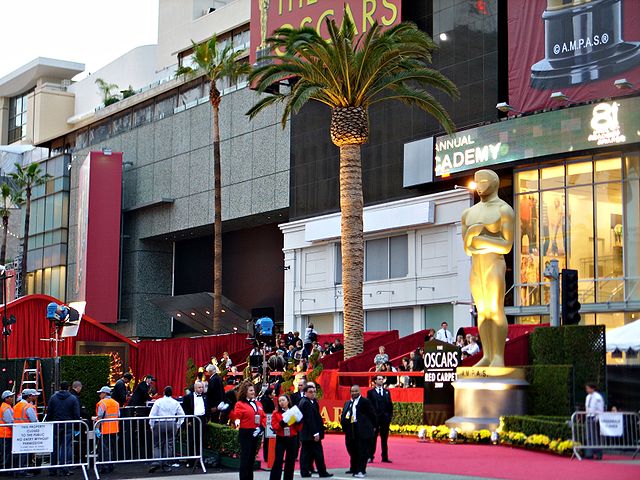 The Academy has spoken! And to be perfectly candid, it was kind of disappointing. But despite my rage at a few snubs (Bradley Cooper not getting the nom for best director, Ethan Hawke not getting the nom for best actor, and First Man getting nominated for almost nothing), I know you are not here to listen to my rant on the nominations. No, you are here for my guess as to which celeb is taking home a tiny gold man for their mantlepiece. I won’t be going through all of them, as I’m sure not too many people are fascinated with some of the more technical awards, but don’t worry, all the important ones shall be covered. Please, keep in mind, these are my best guesses, and as “Moonlight” and “La La Land” know, anything can happen at the Oscars. So all my complaining aside, let’s dig into my Oscar ballot.

With the Academy taking the past few years to attempt to recognize more diverse films and filmmakers, it feels quite fitting that Spike Lee get recognition he deserves as an iconic African American filmmaker.  Lee has only received recognition as writer once before, without taking it home, and with a script as boisterous, wild, and true as the one presented here, this one feels like a shoo-in.

Ok, this one is going to be wrong, but I need it down in writing that I want it to win, if nothing else, for the possibility that I can perhaps I can speak it into existence. In all honesty, something like, “The Favourite” will probably win, but the script for “First Reformed” is absolutely terrific, one that absolutely shook me to core. It is thought provoking and poignant, and absolutely deserves to win (but deserves doesn’t always do it for the Academy). I know this one is incredibly biased, but let this one slide please. (Also go see this movie it deserves to be seen.)

This one comes down to politics, but it’s probably deserved in the long run. Richard E. Grant spans from the mid 80’s til now, without taking any breaks, or looking like he’ll take breaks in the future. After almost a 40 year career, it’s his first nomination, and it’s about time the man got some recognition. While it’s also a first time nomination for long time actor Sam Elliott, Grant is one who never seems to get the same love as his fellow competitor. Richard E. Grant seems like a perfect fit for this category.

This is simply an incredible performance. Truly, it is. In a movie full of stellar performances, where she only appears for maybe half an hour, maybe less, she very much shines. To be honest, I don’t feel “If Beale Street Could Talk” will receive many awards, but if it’s taking home anything, it should be this one.

Glenn Close (The Wife)
Lady Gaga (A Star is Born)
Olivia Colman (The Favourite)
Yalitza Aparicio (Roma)
Melissa McCarthy (Can You Ever Forgive me?)

This is another one that might be tricky. Some sources are saying Glenn Close will take it, but I have this gut feeling for Lady Gaga. She feels like the perfect choice, coming in, not trained as an actor, but still rocking her performance, and with an absolutely breathtaking vocal showing as well. I might be forced to eat my own words on this one, but really think Gaga’s got this.

Now, doubling down on “A Star is Born” is definitely a risky move on my part, but one I believe in. It is quite ridiculous that Cooper didn’t get a nod for best director, but he really does deserve to go home with something. Having come close to the little statue before, I can only hope Cooper doesn’t become the next DiCaprio, with everyone begging for him to win something. Bradley Cooper made something brilliant this year, and he should be recognized for it.

Cuaron is absolutely dominating the awards so far, and he looks on track to do it again at the Oscars this year. With the Oscars finally regonizing diverse filmmaking in the last few years, it seems likely that Cuaron will take it with his intimate Netflix drama. I can’t think of much more to say here; Cuaron is on the up and up and shows no time of stopping.

Like I said, Cuaron is on a tear. And this victory would be groundbreaking as well, being the first ever film available to stream on Netflix to win best picture. Maybe it’s not the flashiest choice, but what can I say? The award shows are absolutely eating this one up.

So, there are my guesses! Will I be wrong? Yes. Probably a lot. When I am, feel free to come back and yell at me in the comment section. On a separate note, this is the final nail in the coffin of 2018 films, so maybe take a moment to reflect on the cinema you saw this year. It’s easy to get wrapped up in the politics and high class fame of awards shows, but at the end of the day, movies are probably our collective favorite form of escapism, so take a second to enjoy them. And then go enjoy the Oscars. Maybe some time soon they’ll choose a host.