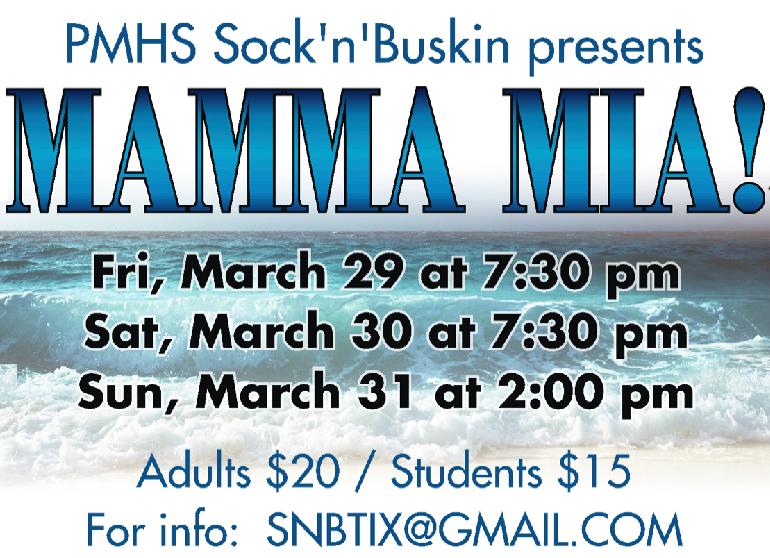 The musical tells of a young woman’s quest to discover the identity of her father on the eve of her wedding. The search brings three men from her mother’s past back to the island they last visited twenty years ago in a show filled with the music of ABBA. Hit songs including “Super Trooper,” “Dancing Queen,” “Knowing Me, Knowing You,” “Take a Chance on Me,” “Thank You for the Music,” “Money, Money, Money,” “The Winner Takes It All” and “SOS”combine to make this sunny, funny show a trip down the aisle you’ll never forget, said a Pelham School District press release.

“This is one of the most talented and creative groups I’ve ever worked with, and this show is such an international smash hit, that I’m sure our production will be one of the best productions ever,” said Thomas Beck, Sock ‘n’ Buskin’s director.

PMHS junior Meredith Heller, who plays Tanya, wants people to come to the show, calling it “a blast.”

“During the upbeat numbers, people will get up and dance, while during the ballads, people will be very invested in the plot,” Heller said. “It’s a lot of fun to watch and can put anyone in a good mood.”

Tickets are $20 for adults and $15 for students. Reserve your tickets in advance by emailing snbtix@gmail.com.