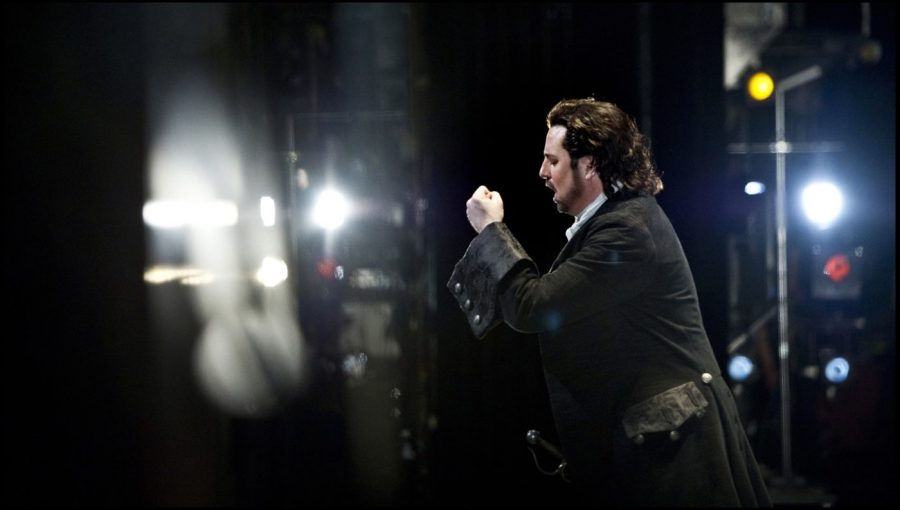 Polenzani performs on the operatic stage

By Tommy Roche and Margot Phillips

Matthew Polenzani thought he would end up teaching high school chorus, not singing in the top opera houses of the world.

Polenzani, a Pelhamite, is an independent opera singer well known for his performances with the Metropolitan Opera, Royal Opera House and Bayerische Staatsoper.

“My original intent was to be a high school choral conductor,” Polenzani said. “But as it turned out, I had met someone who heard me sing, and he was a baritone singer with a great career. And so he asked me if I had ever wanted to sing for a living, and that (the industry) is always looking for tenors.”

Polenzani used this contact to get an audition at the Yale School of Music, where he would later obtain his Master’s Degree in Music in 1994.

When asked about some of the challenges of his lifestyle, Polenzani cited managing his family life alongside his career.

“It helps to be married to someone as amazing as my wife,” Polenzani said. The two met at Yale and sang together for over a decade. Polenzani said this experience helped her recognize his commitment to music.

“She knows exactly what that commitment is like,” Polenzani said. “(She knows) I’m just trying to ride the wave while I’m able to ride it.”

Throughout his opera career, Polenzani has featured in many roles and locations. His favorite roles, however, were as Werther in the opera of the same name and Faust Pelioses in “The Damnation of Faust.” Roles he’d like to play include Mario Cavaradossi in “Tosca” and Riccardo in “Un Ballo in Maschera.”

Opera often requires extensive knowledge of the language it is sung in. As a result, Polenzani has learned a variety of other languages throughout his time as an opera singer.

“I can speak Italian fairly well,” Polenzani said. “I can also speak some German and French. Of course, this is all due to my career.”

Polenzani is still performing in new operas, including as the entranced knight Count Vaudemont in “Iolanta.” Polenzani said he is fascinated with the topic.

“This is my first big role in Russian,” Polenzani said. “It took me a solid six months to learn (the language).”

In addition to the linguistic element, the piece itself strikes a chord with Polenzani.

“I think I have a really interesting role in it,” he said. “It’s almost a fairy tale, really.”

Polenzani advised that in any career, it is crucial to maintain a balance of work and life outside of work.

“Whatever you do in your life, make sure that you have made time to live,” he said.

Polenzani will be performing in “Iolanta” at the Metropolitan Opera this year.