Our trials and tales and tricks—as twins 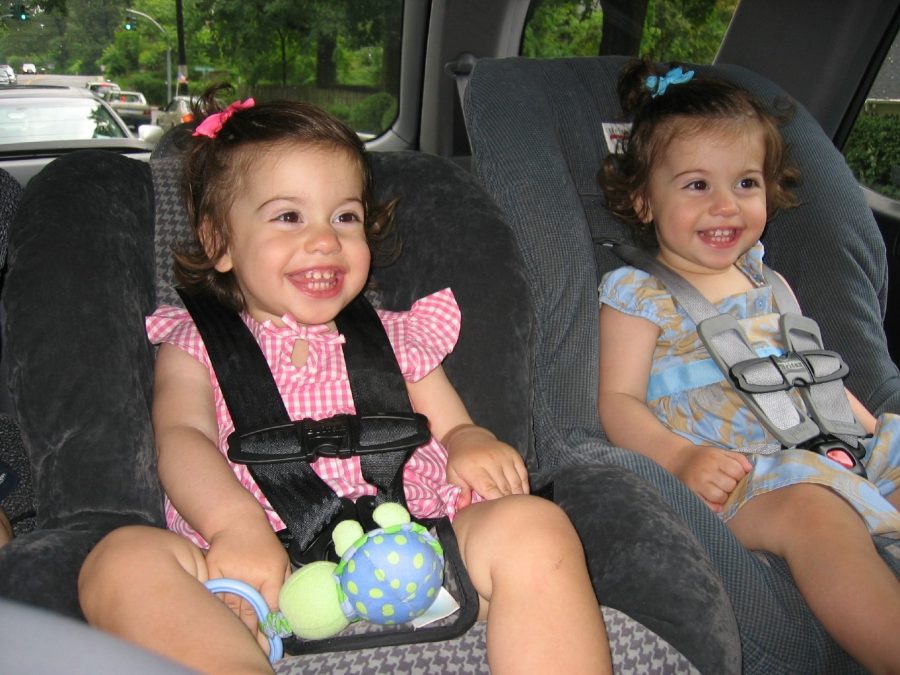 Julia and Kira Findikyan, staff reporters for the Pelham Examiner, are identical twins. In this dialogue, they talk about how doctors and their parents worked to keep track of who was who before their birth and in the minutes and months after. And how—when they were older—they used their identical looks to play tricks on teachers and camp counselors. It all ended when Kira got glasses.

Scientists and society have always been fascinated by multiples—twins, triplets. There are many stories of unique personal bonds and shared language as babies. Sometimes psychic connections.  Numerous research papers and documentaries explore the experience of multiples. Even now playing in theaters the movie “Three Identical Strangers” tells the story of how triplets separated at birth found each other, first by spotting each other on a college campus.

Our story as identical twins won’t likely have Hollywood calling, but it’s what we know.

Kira: My parents were shocked when they found out they were having twins. “It was truly the most unexpected news we had had up until then,” our mom said.  “Once we got over the shock, we got ready. Doctors called Julia Baby A and Kira was Baby B based on expected birth order, but then at the last minute, Kira pushed Julia out of the way and was born first.  We had to make sure they didn’t mix you up at the hospital.”

Julia: Even though the doctors thought we would be fraternal, no one could tell us apart when we were  born. “I remember the doctor saying, in the delivery room,” said Mom,  ‘Umm…I think they might be identical after all,’ which was the next shock in a series of surprising news.” When Kira and I were about two weeks old, my parents painted my pinky finger red so that people could tell who was who. It probably helped when one of my relatives would come to help. I imagine it went like this:

Mom: “Feed her for me please. She’s crying”

Mom: “Julia, the one with the red finger.”

Kira: Ever since Julia and I were three years old, our parents would never dress us up in the exact same clothing. Sometimes we might have the same shirt, skirt, shorts, pants, etc., but in different colors for each of us. The twin stereotype is that everything twins are wearing is exactly the same, but Julia and I looked enough like twins and were happy with the different colors that we wore. 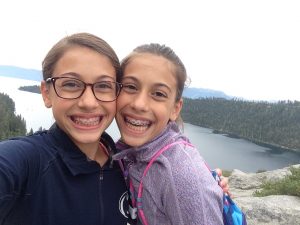 Julia: Some people say that they know when their twin is in trouble halfway across the world or they have their own secret language that no one could decode. Honestly, I kind of wished Kira and I could be like that, but we’ve experienced either of these things. However, we are best friends and are always there for each other.

Kira: While I think Julia and I look different, people confuse us all the time.  When people ask me if it bothers me, I answer “no,” because I’m used to it.  While we both have outgoing personalities, if you know us well you know we’re different. I play the cello; Julia plays flute.  I like to wear pink; Julia loves blue.  (Note: the picture of the authors attached to this article shows that wasn’t the case when they were young!)

Julia: When Kira and I were in third grade, we decided to play a prank on our teachers on April Fool’s Day. We dressed as each other and switched classrooms. Around 9 a.m., only 30 minutes after class started, Kira came back into her room, while I was still there. Her teacher said kindly, “Is there something you need Julia?” Everyone laughed because they knew it was Kira. Kira looked right at me and said, “Julia, I need my jacket back!” It took her teacher a couple of minutes to put the pieces together and then she said, “You two little stinkers!” with a laugh. Even though it didn’t last long, we both had fun.

Kira: When we were younger, we were Mt. Tom summer day campers. One day, Julia and I decided that we were going to wear the exact same clothes, shoes, socks and hairdos to try to trick our counselors. I still remember walking in the door of our cabin and our counselors sitting on the benches playfully angry at us knowing it would take them a while to identify each of us. For a good five minutes, they studied Julia and I  both very closely and finally figured it out, but for the rest of the day they confused the two of us and called us the wrong names.

Editor’s note: As a rule, we don’t write about ourselves. But Pelham’s a small town, and sometimes there’s a story about a Pelham Examiner staff member (or two) worth telling.