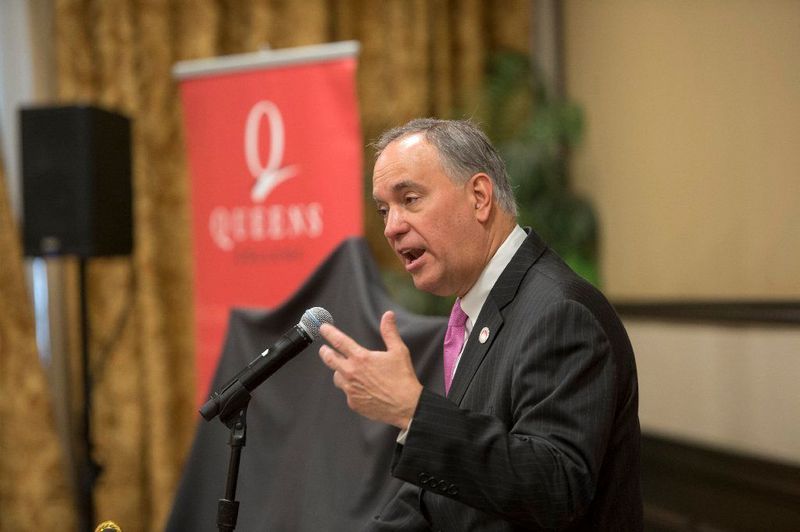 Félix V. Matos Rodríguez, Pelham resident and tenth president of Queens College since 2014, was recently unanimously nominated by the board of trustees of the City University of New York to the position of chancellor of CUNY. On May 1, he took over his new post, becoming the first Latino and minority educator to head the massive institution.

Rodriguez is an accomplished historian, professor, academic administrator, author and noted Puerto Rican scholar. He served as the Secretary of the Department of the Family for the Commonwealth of Puerto Rico.

“CUNY is an indispensable institution in New York City, and part of my job is making more people aware of this so that we can help continue to increase our enrollment and also assist with our fundraising and philanthropic efforts,” said Rodríguez. “Similarly to what I accomplished in my five years as president of Hostos Community College and another five at Queens College, I hope to help build a culture of care for our students, faculty, staff and alumni.”

As the first Latino and minority educator to take the post as head of CUNY, Rodriquez “marks the onset of a historic chapter in the narrative of this vital institution, one in which every member of the CUNY community should rejoice,” said CUNY Board Chairman William C. Thompson Jr. in a CUNY press release.

Under Rodríguez, Queens College climbed into the the top 1 percent of all colleges in moving students from the bottom fifth to the top fifth of the country’s income distribution, according to the release. The Chronicle of Higher Education in August 2018 ranked the school 11th of all U.S. colleges for upward social and economic mobility, the release said.

CUNY’s chancellor oversees one of the most complex and diverse urban education networks in the world.

According to Rodríguez, “Our system has 25 campuses—including professional schools (like law, medicine and public health, for example), four year colleges and community colleges—with an enrollment of 275,000 students in credit-bearing programs and another 250,000 students in continuing education programs. CUNY has always been anchored in academic excellence—more Nobel Prize winners as a system than any in the U.S., for example—and affordability. On the affordability side, we are proud that 65% of our students graduate without any student loan debt. No one else can match that in the US.”

Rodriguez has projects he is looking forward to pursuing. “One important area of innovation will be the career-engagement work we do with our students,” he said. “This is something that students and their families are very interested in when they select colleges. Although our CUNY colleges provide many internship and service-learning opportunities, we have to do more and we have to maximize our engagement with the private sector and our alumni network.”