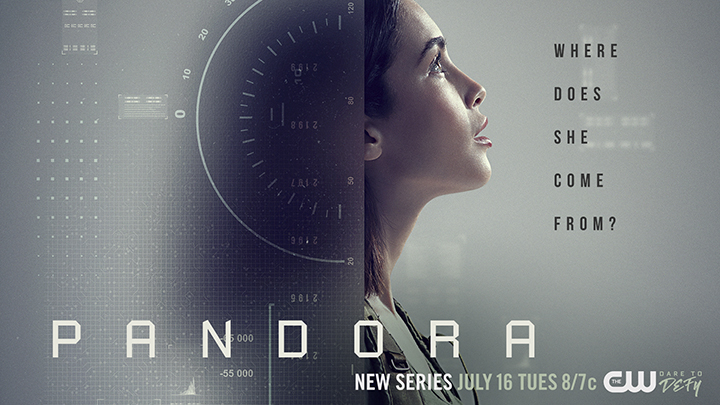 In a telephone interview from Comic Con, Vitale said working on “Pandora” came easily to him because he’s had a great deal of experience with science fiction and is passionate about the genre. “The drama combined with great characters makes for a great show for teens and young adults which fits with CW’s target audience perfectly,” he said.

“The series is set in the year 2199, centering on a resourceful young woman who loses everything but finds a new life at Earth’s Space Training Academy,” according to a description on the IMDb website. “In this academy, the young women and her friends learn to defend the galaxy from threats, both alien and human. When secrets about the nature of her own identity begin to surface, she must uncover the truth and discover whether she will be humanity’s savior or the instrument of its destruction.”

Although much of the film industry is centered around Los Angeles, Vitale said he finds it easy to live on the east coast and work in the business. “Pandora” was filmed in Europe and some of his previous projects were made in other locations. The horror-comedy movie “You Might be the Killer” was shot in Louisiana, while the TV series “Slasher” was shot in Toronto.

“Since I’m always traveling around the world for production it’s not necessary to live on the west coast,” Vitale said.

As a fourth grader, Vitale had dreams of becoming a film producer. He grew up just south of Pelham. Before starting a family in Pelham, he received a liberal arts education at Williams College. Vitale said he believed a liberal arts degree would be beneficial to his career and he wanted a broader education beyond film. Vitale explored his passions by working at a radio station during his time at Williams and interning at a TV network.

Vitale has worked as an executive in charge of programming and original movies for Syfy and Chiller. He was responsible for the scheduling, programming, development and commissioning of the original movies shown on both networks. Although he was working on more of the business side, he helped writers hone their ideas.

In Pelham, Vitale has hosted movies at the Pelham Picture House and previously served on the board of the Pelham Art Center and has been a speaker at career days throughout the Pelham School District.

Vitale has a message to young artists: “Do what you love and what makes working the most enjoyable.”

He said there are now more opportunities than ever in film and TV with the increasing number of outlets for creative projects. Whether it’s digital, mobile, short stories or podcasts, there are so many other ways to express creativity beyond film. He said it’s the perfect time for young people to get immersed in the arts.

“The sky’s the limit,” Vitale said.

“Pandora” is available for free on the CW app, while new episodes are airing on Tuesdays at 8 p.m. with replays on Sundays at 9 p.m. on the CW. For more information, check out www.cwtv.com.