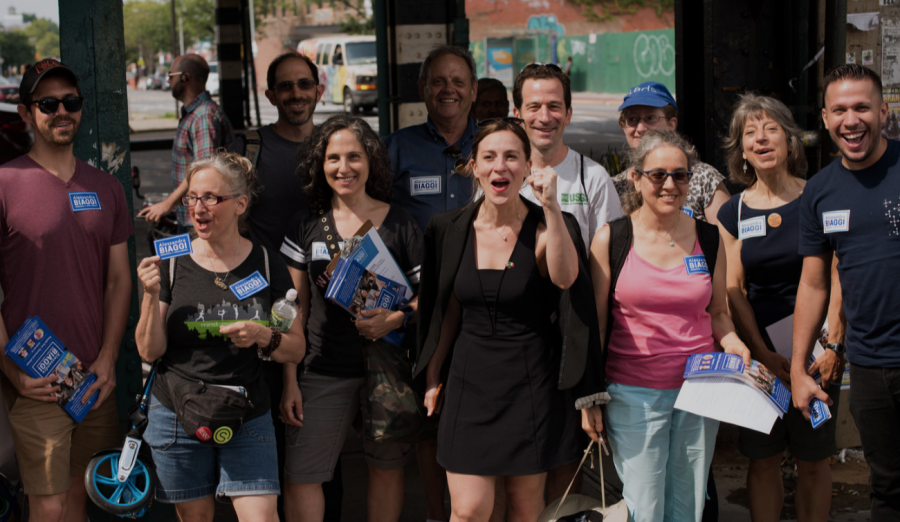 Editor’s note: This press release was provided by the office of State Sen. Alessandra Biaggi.

ALBANY, NY – Today Governor Andrew M. Cuomo signed legislation (S6577) sponsored by State Senator Alessandra Biaggi to expand protections against sexual harassment and discrimination, and hold New York employers, agencies, and organizations liable for all forms of workplace sexual harassment and discrimination. After holding the first public hearings on the issue in 27 years and months of advocacy, this is a major victory for survivors and workers across the state.

“In 2018 a group of former legislative staffers came forward to demand justice for the years of sexual harassment they endured at the hands of powerful lawmakers and state agencies – today we are taking that power and putting it in the hands of survivors and working people of New York. With the signing of this legislation, employers across all sectors will be held accountable for addressing all forms of sexual harassment and discrimination in the workplace, and survivors will be given the necessary time to report complaints and seek the justice they deserve. It has been such an honor to carry this bill and I am incredibly appreciative of Senate Majority Leader Andrea Stewart-Cousins and Governor Andrew M. Cuomo for their commitment to addressing this issue with open hearts and minds. Today New York stands as a beacon of hope for survivors across the country as we usher a movement into law, and take one step forward towards building a harassment-free New York for all.”

“After decades without so much as a public hearing on sexual harassment and assault in the workplace, the Sexual Harassment Working Group is buoyed that, in 2019, we are reversing the tide for workers. Finally, New Yorkers will not have to suffer under the horrific “severe or pervasive” standard which allowed workers to be abused for far too long. We are thankful to Senator Biaggi and Assemblymember Simotas for their intrepid leadership, for listening to victims, catalyzing change to institutionalized discrimination, and preventing the trauma of abuse that torments victims and plagues Albany. We need these changes if we are to finally overcome the political allegiances and willful blindness that have long hindered meaningful worker protections. As we work together to improve the legal and cultural climate for workers, we thank Governor Cuomo for signing this crucial bill,” said the Sexual Harassment Working Group.

“The bill signed today represents a historic step forward for all workers in New York State, strengthening protections against all forms of illegal harassment and discrimination.  We are proud that with this legislation New York sets a national standard for the rights of workers to discrimination-free workplaces. We salute the legislative sponsors of this bill, Senator Alessandra Biaggi and Assemblymember Aravella Simotas, Senate and Assembly leadership, and Governor Cuomo, for their visionary leadership in carrying, supporting and enacting this bill,” said Miriam Clark, President of the National Employment Lawyers Association/New York.

Provides that the Human Rights Law covers all employers in the state, including the state and all political subdivisions thereof, for all forms of discrimination and harassment.
Defines “private employer” to include any person, company, corporation, labor organization or association, and not any governmental entity.
Extends protection to discriminatory and to retaliatory harassment based on all protected categories; eliminates the “severe or pervasive” standard from discriminatory and retaliatory harassment cases. This section also functions to eliminate part of the Faragher/Ellerth defense.
Clarifies the basis for unlawful discriminatory harassment relating to domestic workers.
Addresses circumstances under which employers are liable to non-employees in the workplace, and extends liability for all forms of unlawful discriminatory conduct.
Provides for attorney fees in all actions and punitive damages in all actions against private employers.
Provides for employer liability in certain circumstances for the acts of independent contractors in the workplace.
Adds language to the beginning of the Construction section to explain that the statute is to be construed liberally, regardless of how federal civil and human rights laws are construed.
Prohibits mandatory arbitration clauses related to discrimination.
Prohibits non-disparagement provisions in employment contracts from preventing employees from disclosing factual information related to future claims of discrimination with law enforcement, enforcement agencies, or private counsel, and prohibits non-disclosure agreements from prohibiting the complainant from initiating, testifying, assisting, complying, or participating in an investigation conducted by any government agency, or disclosing facts necessary to receiving public benefits.
Prohibits non-disclosure agreements from prohibiting the disclosure of the underlying facts and circumstances to the claim or action unless the condition of confidentiality is in the plaintiff’s preference in all discrimination cases.
Expands the powers of the Attorney General to prosecute cases of discrimination based on all protected classes.
Provides that the Commissioner of Labor, in consultation with the Commissioner of Human Rights shall conduct a study that reviews the requirements for employers to provide a sexual harassment training and policy, the scope of workplace discrimination made unlawful by state and federal law, engagement with stakeholders on effective tools to remediate workplace discrimination, and an analysis on the efficacy of requiring further training in reducing all forms of workplace discrimination.
Requires employers to provide their employees with a notice containing their sexual harassment prevention policy and information presented at their sexual harassment prevention training program both in English and the employee’s identified primary language.
Extends the time frame within which victims of sexual harassment in the workplace must file administrative complaints with the Division of Human Rights from one year to three years.
Contains the severability clause of this legislation.