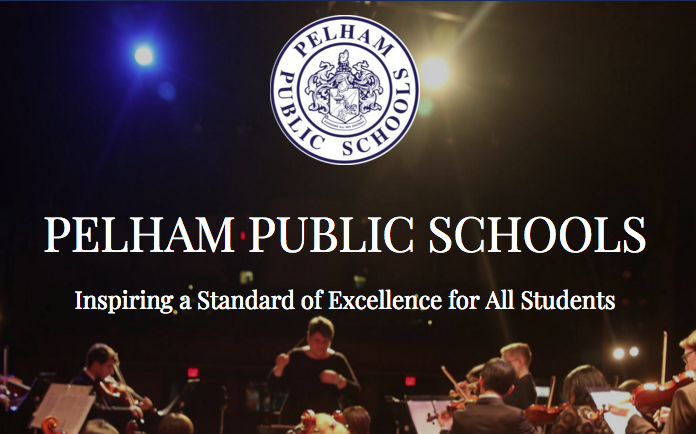 The Pelham Board of Education met for its regular public meeting last Wednesday in Alumni Hall in the Pelham Memorial High School, as opposed to the Pelham Middle School library. The board hopes to continue to hold meetings in Alumni Hall where there are more comfortable seating options for attendees.

The meeting began with a moment of remembrance for Tom Roksvold, the beloved earth science teacher who died this August. Superintendent Cheryl Champ continued with her report, which detailed changes in how faculty would be welcomed back this year, as the community and faculty of Pelham are still coping with the loss of their colleague and member of the community. Champ said in her experience she has found that people prefer to grieve in smaller groups, and so this year’s ceremony will be spread over two days to allow staff to meet at the building-level first. These smaller meetings will occur Tuesday. Pelham Middle School Principal Lynn Sabia is planning a number of faculty activities that will serve to honor the memory of Roksvold in Pelham. The second day back, Wednesday, will include the regular welcoming ceremony for all Pelham faculty.

Also included in Champ’s report was a brief explanation of the cultural proficiency training which Champ has been overseeing for all faculty this summer. This program is part of the district’s goal of prioritizing honoring and celebrating students’ diversity. Champ said the training was a “way of approaching and understanding different cultures,” which is aimed to help students feel more included and welcome in their schools and in the larger community.

Champ announced the district’s new sustainability initiative, which is part of an effort to cut plastic use in the district and minimize Pelham’s environmental impact. Champ said  the students of Pelham have made clear that the environment is their top priority, and so she and the district have been working hard to meet these concerns. The new program, which was also outlined in a recent email to all parents and guardians of Pelham students, includes changes to the food services program. The district will no longer sell plastic water bottles or straws on its campuses, as these single use plastics pose a threat to the environment. Students and staff are being encouraged to bring their own reusable water bottles to school, as there are many water fountains with attached water bottle fillers on campus which provide filtered drinking water. The food service programs will also be providing compostable utensils, plates and trays. These steps are expected to dramatically reduce plastic waste from the district and help create a more sustainable environment for the future students and residents of Pelham.

Also explained in the Superintendent’s report was the news that Pelham has been chosen to be one of three schools selected to work with Manhattanville College on a research project on the effects of standardized testing on students’ levels of preparedness for higher education. The project will work with the New York State Board of Regents to examine if standardized tests and final exams help or hinder students’ college preparation. Pelham will be part of a pilot program aimed at getting some relief from the current state regulations and try new options with students in terms of college prep.

The school board also heard about the Hutchinson School rock-blasting project that has been underway since June and was unofficially completed on Aug. 26. All of the rock has been cleared, resulting in much more light for basement classrooms in the school, which the teachers of Hutch are reportedly very excited about. In June, the construction crew kicked off the project with the initial rock-breaking ceremony on June 21, which then gave way to line drilling, clearing trees off of the site, blasting surface rock and jack-hammering. Champ expressed her gratitude towards the residents of the Hutchinson area, who were understanding throughout the construction process. In July, the foundation of the new gym was cut, as well as the opening of the haul road, which was created in order to keep the construction trucks off of neighborhood roads. August saw the completion of the blasting project, which was finished earlier than expected and within budget, as well has the jack-hammering of the harder trench rock, completion of the rock removal process, trench blasting, power-rolling and emergency roadwork. Throughout the construction process, the air quality and dust levels were monitored on the site as well as in the surrounding neighborhood, to ensure the safety of all workers and residents. Tweaks to the site are still being made, however the main preparation work is finished.

Dr. Steven Garcia, assistant superintendent for curriculum, instruction and personnel, said the authentic learning program allowed teachers to come in during the summer in order to receive training sessions taught by other teachers. faculty who used their personal time off this summer in order to participate in these sessions were paid an hourly rate to enrich their own teaching experiences by being taught by their colleagues.

As for updates on the Pelham facilities, many changes were made during the summer. The  high school main gym was repainted, thanks to the help of the school’s summer staff. The Colonial and Siwanoy school gyms were also repainted and had air conditioning installed. New tables were added to the middle/high School cafeteria, which increased seating by 10% to 15%. A decision to stop re-sodding Ingalls and Franklin field meant that the fields will instead be aerated and seeded more frequently, which has been received very well by the community.

The meeting concluded with a number of motions to re-adopt codes of conduct, approve budget transfers and schedules, appoint personnel and fall coaching staff and accept reports. No new business was announced, and a comment from one member of the public confirmed that the district is still in the process of finding a new Latin teacher, as the old position became a part-time position.