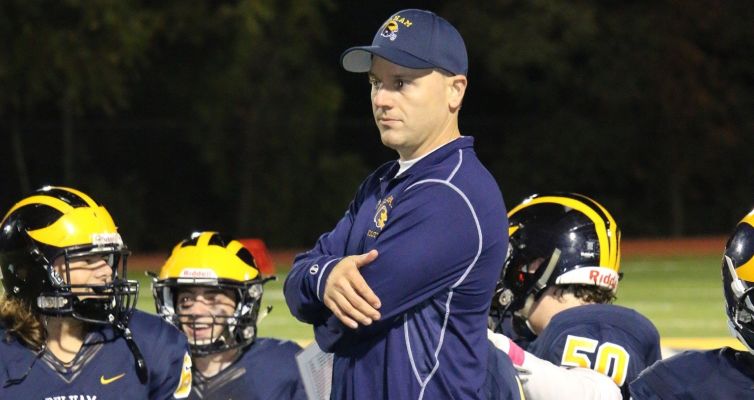 Coach Artie Viggiano of Pelham Memorial High School in Pelham, NY is our Week 1 winner of The New York Giants Lou Rettino HS Football Coach of the Week award presented by @Gatorade. The Giants Foundation and @Gatoradewill be donating $2,000 to the football program! #PlayFootball

The award follows Pelham’s 14-7 overtime win over Harrison on Friday, the Pelican’s first victory over that opponent in 25 years.

In recognition of Coach Viggiano’s selection as Coach of the Week, a $2,000 check will be granted to the football program from The Giants Foundation and Gatorade. He will also receive a certificate of recognition signed by NFL Commissioner Roger Goodell and Giants Head Coach Pat Shurmur. Coach Viggiano’s honor will be acknowledged with an in-stadium announcement when the Giants host Washington on September 29. All 2019 Coach of the Week honorees and the 2019 Coach of the Year will also be invited to attend a dinner hosted by the Giants at MetLife Stadium in the Spring, and will be invited with their teams to a Giants preseason game in 2020.

Coach Viggiano, an alumnus of PMHS and a former all-state football player, took over as head football coach in 2016.

The Lou Rettino High School Football Coach of the Week Award is part of the Giants’ continuing effort to support local youth football programs. The Giants elected to name the award in memory of former Union High School (NJ) coach, Lou Rettino, for his fine commitment to the game of football, his community and the betterment of his athletes’ lives. Each week during the high school football season, the Giants selected one area high school head coach as the Coach of the Week winner.  The selection is based on the coach’s continuing commitment towards promoting youth football, developing motivated student-athletes and his overall community involvement.