Pelham Half Marathon and 10K event draws runners from around world, with Pelham Civics benefiting 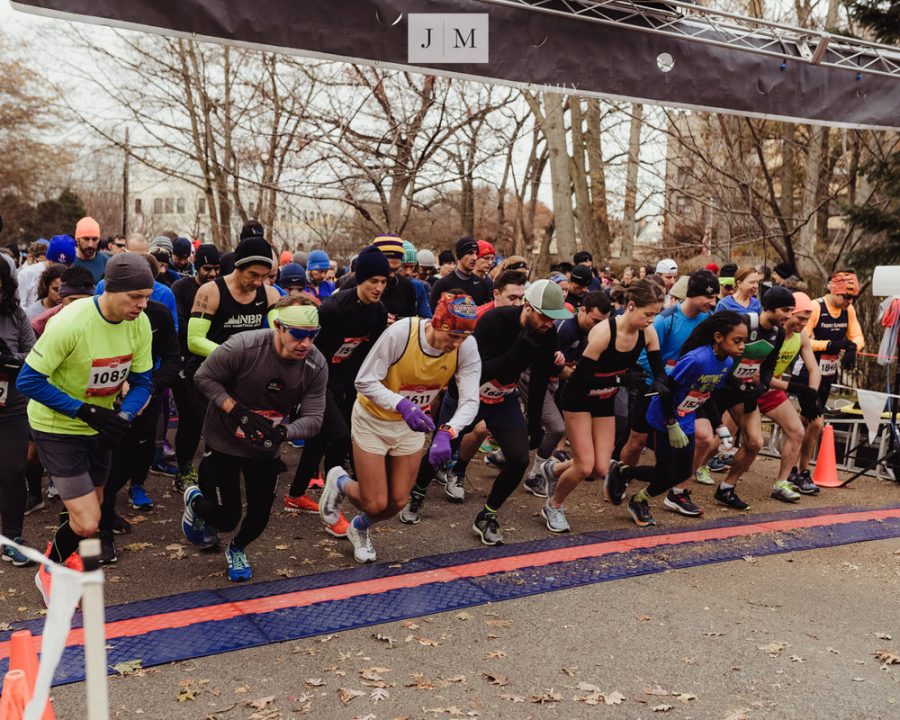 By Delia Lavallee and Kiran Schwaderer

If you were around over Thanksgiving weekend, or looked at one of the many signs up in town beforehand, you knew it was time again for the Pelham Half Marathon and the Pelham 10k. The races are an annual event the Saturday after Thanksgiving organized by the Pelham Civics Association.

This is the the eighth year of the race. It started in 2012, when a father in Pelham, Jason Jeffries, held the first race with nine people beginning from his front lawn. The next year, it was 35. The size of the race doubled every year until a few years ago, when 800 people signed up. After that, the local police wouldn’t allow for additional runners, as the roads with do not close for the race.

Jeffries is now the director of the event. The race has drawn people from all over the world, including places such as Quebec, England, Germany, Switzerland, London, Alaska, California, New Mexico and more than one hundred towns in New York.

Over the years the race has been going on, it has raised thousands of dollars for the Pelham Civics Association. With the money, the Civics do things such as providing college scholarships to those who need them, delivering gifts around the holidays to the less fortunate and helping families with rent who don’t have enough money, to name a few.

“I am very excited to take part in this event, and I am especially excited because I don’t live in Pelham and this is a community event,” Christine Rohde said before the race.

Jason Ashlock was running because “some friends encouraged me do it. They suggested ‘Hey let’s do it as a team,’ and I thought that is a great idea. Let’s do it.”

After the race, Adam Banfield said, “I feel great that I have done this. When I first signed up, I wasn’t sure I could do it, but I finished with a time I’m really happy with.”

Todd Cross is the organizer for much of the event. He does many of the necessary tasks, including sending cards around New York City that advertise for the races, coordinating with the police and the town and ordering the printing of the many shirts and bags.

Many of the participants of the two races felt they reached their goals, and were proud of themselves. If you’re in town next year, be sure to cheer the racers on, or maybe even race yourself.

Check out the race results here.