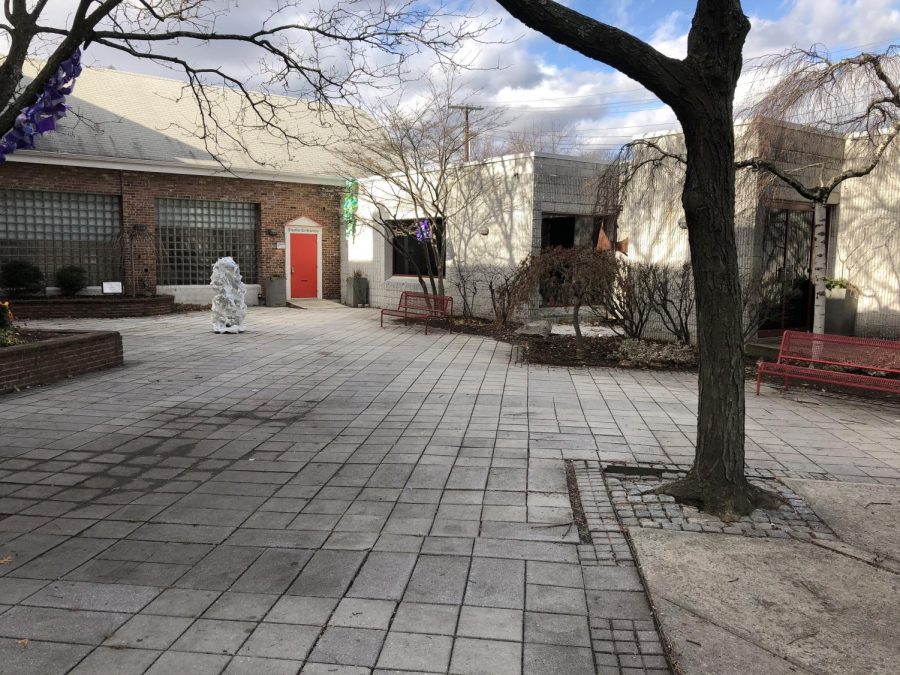 The Pelham Art Center started as a birthday celebration.

In 1969, in honor of its 100th year, the Metropolitan Museum of Art developed outreach programs in suburban communities around New York City to increase access to art. One of those projects was selected by the Junior League of Pelham as its annual volunteer project and developed into a two-day arts festival called the Art Happening. It took place in 1970 in the Pelham Memorial High School gymnasium. With works from artists across Pelham, people of all ages came together to celebrate the arts—they made things, took workshops, danced, sang and enjoyed the company of other is their community.

This event became a huge success and an annual spring tradition in Pelham. A few years later, Barbara Bratone led a group of people who were interested in making the Art Happening more than just a two-day festival. She dreamed of someplace in Pelham that would offer the community a place to enjoy and make art year-round. In the late 1970s, the team rented a former gas station, converting it into classrooms to study art. Wanting their own permanent space, they raised enough money from the community to build the building that is the Pelham Art Center in 1985. Since then, the center has expanded its art classes, added galleries and built studio space.

The completion of the space in 1985 was a pivotal moment in the the center’s history, solidifying it as a community hub where people could gather, enjoy and make artwork, and address current events, including a 9/11 memorial event. In the past year, the Pelham Art Center has had two interesting public art exhibitions. One of them was made by Niki Lederer, an artist who created installations of plastic bottles tied together into funky shapes, serving as a statement about how much waste we produce and how our consumer choices affect the environment. The art center also collaborated with Melissa Maddonni Haims on public knit bombing, where she covered trees on Wolfs Lane Park and in the art center courtyard in yarn. She made sweaters for the trees.

As part of the 50th anniversary, the art center has several events for the community to enjoy the center and meet the staff. These include a gallery show through April, a wine tasting and art event for adults, a band concert with Angels in the Chamber (a jazz fusion/chamber/progressive rock group), as well as a screening of a film about Alexander Rutsch, an Austrian painter who supported the art center for many years. In addition, there are two public sewing days where everyone can participate in an ArtsWestchester’s public art project with artist Amanda Browder. Lastly, the annual center’s spring gala is themed “Visions 2020” because the Pelham Art Center staff doesn’t want its 50th anniversary to be the closing of a chapter, but a moment to reflect on all that they can do in the future for the community.

“Some things we thought about with curating the show is that we really wanted to show the breadth of the programming at the Pelham Art Center, the incredible amount of people that have been involved, coming from a volunteer organization into a professional organization,” said Executive Director Charlotte Mouquin. “With the actual artwork, we wanted to show artwork that is as diverse as the people who’ve been involved, such as cast-bronze, sculpture, mixed media. The art has spoken about environmental activism, the hub-cap project that became a part of an outreach program then a public art program made by community members, and then going back to some original handwoven tapestries made from 1978. That was shown at the Art Happening. Then there are highlights of our teaching artists. We have incredible teachers here. Thousands of artists have shown here. We want to offer amazing art skills to students through our scholarship fund, and we are here for students that want that.”

There are plenty of studies now that show all kinds of physiological and mental benefits to making art. Art enriches life in a powerful way. Like when you see a painting or a sculpture that really touches you, that’s an indescribable feeling, and it’s something that Pelham wouldn’t have without the Pelham Art Center.