Sen. Biaggi calls for passage of her bill to create state abortion access fund supported by tax-return check off 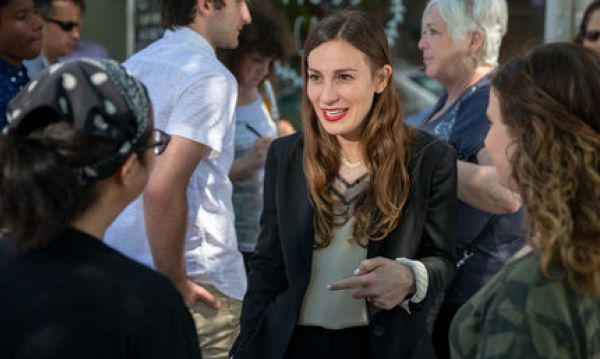 Editor’s note: This press release was provided by the office of State Sen. Alessandra Biaggi.

(ALBANY, NY) On Wednesday, January 22nd, bill sponsors State Senator Alessandra Biaggi and Assemblymember Karines Reyes joined advocates on the 47th anniversary of the United States Supreme Court decision of Roe v. Wade to call for the passage of the New York State Abortion Access Fund. Bill S6632/A8681 would create a fund that taxpayers can voluntarily contribute to on their personal income tax returns to support entities that provide financial and logistical assistance to those facing barriers accessing abortion care.

In 2019, New York State passed the Reproductive Health Act, ensuring a person’s right to safe and legal abortion in the New York state law. However, many patients still face barriers to accessing this necessary care. Across the country, ever-increasing legislative, financial, and logistical obstacles have obstructed access to abortion care. For decades, abortion funds have provided financial and logistical support to individuals, making the right to abortion a reality. These funds are sustained by individual giving and predominantly staffed by trained volunteers, who function as case managers working with women and providers to address the various barriers that stand in the way of accessing care.

While states across the country enact dangerous legislation that bans abortion care, New York has a role and responsibility to uplift and expand access to this fundamental right and health care service. New York has many protective policies that expand access to care, and abortion funds play a critical role in effectuating that access. We should be thinking creatively and holistically about how we support their critical role in making access to abortion a reality – not only for New Yorkers, but for those who have nowhere else to turn.

Statement from Senator Alessandra Biaggi: “It’s not enough to have a right to an abortion in name, if you do not have the resources to access it. Far too many low-income New Yorkers, young people, and people of color face financial and logistical barriers to accessing abortion care, and are unable to exercise their right to choose. The New York State Abortion Access Fund creates an effective means to improve and protect access to this critical healthcare service, by giving the majority of New York taxpayers who are pro-choice the ability to put their values into action. One in four women will have an abortion before the age of 45 –– abortion is a normal health procedure and this bill will go a long way to normalize that care. New York has an opportunity to cement our position as a sanctuary state for reproductive justice, but only by putting our money where our mouth is,” said State Senator Alessandra Biaggi (D- Bronx/Westchester).

Statement from Assemblymember Karines Reyes: “All across America, states are creating obstacles to deter women from exercising their right to safe, legal terminations. This is why the creation of an abortion access fund is monumentally important. New Yorkers can make charitable contributions to support those who cannot afford reproductive services. New York will not sit idly by during this assault on women’s bodily autonomy and right to choose their own fate.”

Statement from Senator Hoylman: “On the 47th anniversary of Roe v. Wade, women’s rights are under attack: 17 states passed restrictive abortion bans, 11.9 million American women live more than an hour’s drive from an abortion facility, and Donald Trump continues to pack the federal courts with anti-choice extremists. Our new Senate Majority passed the historic Reproductive Health Act in 2019, thanks to the leadership of Majority Leader Andrea Stewart-Cousins, but there’s so much more to do as we fight to protect the rights of all New Yorkers. I’m proud to be a co-sponsor of Senator Biaggi’s bill to create the

Abortion Access Fund and look forward to working with her and Planned Parenthood Empire State Acts to pass this bill into law.”

Statement from Senator Liz Krueger: “While access to necessary abortion care is under attack from extremists across the country, it is important that New York State continues to take action not only to defend the right of a woman to make this deeply personal decision, but to ensure that barriers to access are removed. I thank Senator Biaggi and Assemblymember Reyes for introducing this bill to allow New Yorkers to use their tax returns to help New York women get the care they need.”

Statement from Senator Julia Salazar: “Working class people throughout New York State face significant economic barriers to accessing reproductive health care. Establishing an abortion access fund and allowing people to contribute would send the clear message that New York State supports comprehensive reproductive healthcare as a human right, not as a privilege for the wealthy and well- connected. I strongly support Senator Biaggi’s bill and look forward to continuing to work with her to see it passed.”

Statement from Senator Rachel May: “We may have won Constitutional protection to abortion access 47 years ago but we continue to face daily assaults on a woman’s bodily autonomy in both bold and insidious ways. Here in New York, we codified Roe v. Wade into law to ensure that women across our state will have guaranteed access to abortion services regardless of what may happen at the federal level. But we know that access to abortion services is also a racial and economic justice issue and that is why I support Senator Biaggi’s bill to create the New York State Abortion Access Fund that will allow people to donate and provide opportunities for others to gain access to the full range of healthcare options that they may require.”

Statement from Senator Jessica Ramos: “We need to protect women’s autonomy from unscrupulous lawmakers and law enforcement. A person should have every right to do what they desire with their own body. By creating a state abortion fund, we would ensure women aren’t forced to choose between a potentially lifesaving procedure and financial hardship simply because our healthcare system has failed them. I commend Senator Biaggi and Planned Parenthood Empire State Acts (PPESA) for their leadership on this issue.”

Statement from Assemblymember Aravella Simotas: “On the anniversary of Roe v. Wade, we must recommit ourselves to protect abortion access for all and affirm the fundamental right to bodily autonomy. In the year 2020, no one should fear losing access to reproductive health care. With the Abortion Access Fund, we can help ensure economic barriers do not prevent low-income New Yorkers from exercising their right to choose and receiving the care they need.”

Statement from Assemblymember Rosenthal: “Reproductive freedom becomes illusory for too many if low-income women and people cannot afford to exercise their constitutionally protected right to choose,” said Assemblymember Linda B. Rosenthal (D/WF-Manhattan). “Allowing New Yorkers to set aside some portion of their tax return to help support low-income women and people who need but cannot afford abortion services ensures that this right remains accessible to all. With the near-constant assault on our bodily autonomy, it is vital that New York make clear its commitment to reproductive rights, and this check off box is just one way to do so.”

Statement from Robin Chappelle Golston, President and CEO, Planned Parenthood Empire State Acts: “The ability to control one’s own body is a fundamental human right, but that right is not a reality if care is inaccessible or unaffordable. As states across the country create more legislative barriers to accessing safe and legal abortion, New York can be a leader in protecting reproductive choice for all people. Giving New Yorkers the option to contribute to an abortion fund can help ensure that cost and other hurdles do not stand in the way of their right to obtain care. Thank you to Senator Biaggi and Assemblymember Reyes for working to uplift and address this important cause. “

“One year ago today we marked the anniversary of Roe v. Wade by decriminalizing abortion in New York and sending a message to the nation that abortion is a fundamental right,” said Katharine Bodde, Senior Policy Counsel at the New York Civil Liberties Union. “But legalization is meaningless for anyone who can’t access care. We stand here today to applaud our lawmakers for advocating for policies that make abortion affordable and accessible to all.”

“As New Yorkers, we never rest on our laurels. That’s why I’m so proud that a year after the RHA was enacted, we’re celebrating the introduction of the Abortion Access Fund bill — a bill that will help New Yorkers overcome financial hurdles to abortion care and give people across the state the ability to contribute to wider abortion access. I thank Senator Biaggi and Assemblymember Reyes and their colleagues for seeking out all the creative ways in which state government can make abortion access a meaningful reality, and for recognizing the importance of destigmatizing reproductive healthcare. “

One in four women will access abortion care in their lifetime, and more than 70% of New Yorkers support that fundamental right. While a vocal minority seeks to shame women and restrict access to care, New York has the opportunity to make a bold statement on the state’s individual income tax form: abortion is normal, it is health care, and that we as a state support an individual’s fundamental right to determine their own reproductive destiny.