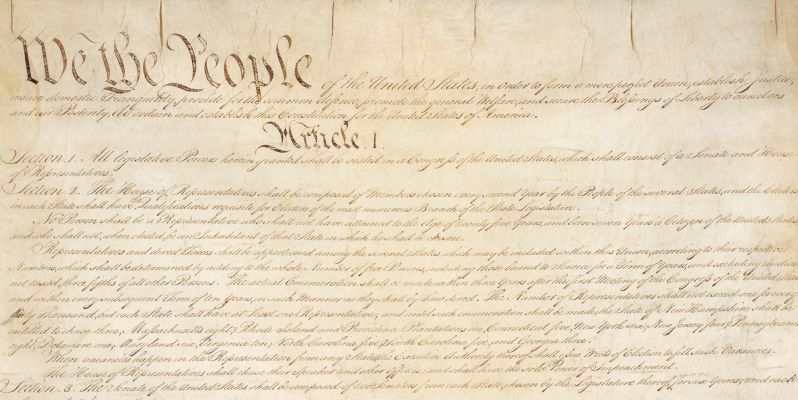 As my dad lifted me up on his shoulders, I could see thousands of people packed in the streets, all waiting to march. This is the power of assembly. This is freedom. Free speech and assembly are important because people need to express themselves and get their opinions across, even if their opinions are against the government.

This individual right has impacted my life because I marched in The March For Our Lives in New York City on March 24, 2018 with my family. Because of the First Amendment, I had the freedom to protest against gun violence. Also, when I was in fifth grade, I participated in a walk around our school for 17 minutes and protested against the NRA. We walked one minute for each life that was taken in Parkland, Florida.

Finally, my family gets the New York Times every Sunday, and I always read it. It makes me very upset to read all these articles about school shootings and children who find their parents’ guns and accidentally shoot themselves or others.

This freedom makes Americans’ lives better because one person might not be able to change the world, but because of the freedom of assembly, 1.2 million Americans marched in the March for Our Lives, and trust me, our point was made. Students just like me should not have to learn how to hide in a closet at school if someone comes in with a gun and tries to hurt people. Because of the freedom of assembly, if we keep working, the Second Amendment might change, and together, we can finally put an end to school shootings.

Editor’s note: Pelham Middle School seventh grader Julia Findikyan was named a winner of The Constitutional Walking Tour of Philadelphia’s American Freedom Essay Contest. This essay, titled “What Freedom Means To Me,” was chosen as a winner in the middle school category from hundreds of submissions. Findikyan is a founding staff member of the Pelham Examiner.