Local ban on vaping will only hurt Westchester residents—especially teens 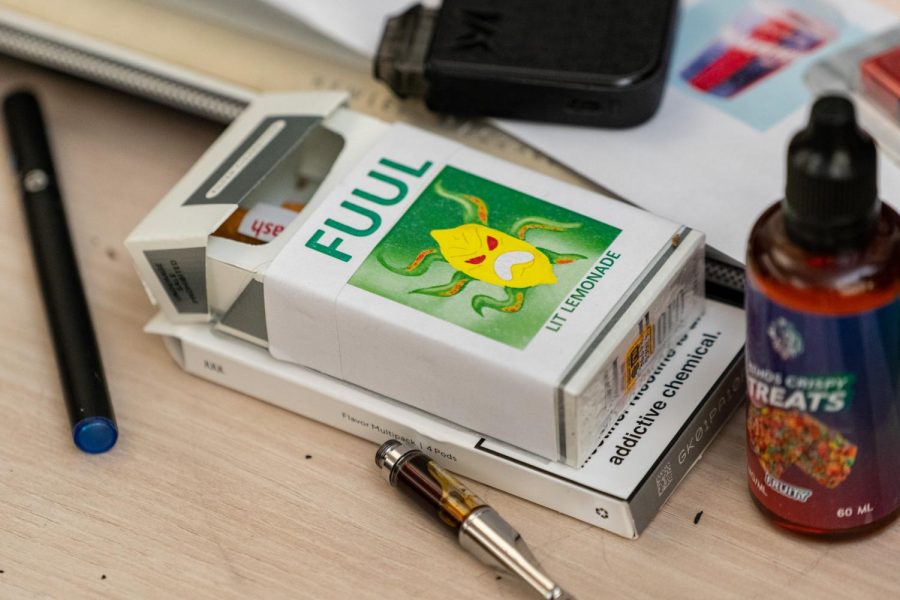 Over recent years, the practice of vaping has grown rapidly in popularity from seven million users in 2011 to an estimated 55 million users next year. With little research being conducted on this new alternative to traditional cigarette smoking, there is controversy over whether the vaping epidemic is serious enough to warrant a local ban. But a local ban on vaping would only hurt residents, especially teenagers, of Westchester County because of the existing blackmarket for e-cigarette, the self-prescription of vaping for ex-cigarette smokers and the availability of cigarettes.

“In 2017, 11% of high school students had used an e-cigarette in the past 30 days, and by 2019, 27.5% of high school students had used e-cigarettes in the past month,” according to a study by the Centers for Disease Control and Prevention. In short, teen vaping is rising at a rapid rate. Despite lectures during health class, posters and school assemblies, many high school and college students still view vaping as something “fun” or “cool” to do. Enforcing a local ban will not reduce the current popularity of vaping, but will instead help to increase the demand for blackmarket products that have already taken the lives of students. A ban might make e-cigarettes more attractive by making them forbidden.

As of February 18, 68 vaping-related deaths have been confirmed in 29 states and the District of Columbia. The first known vaping-related death occurred in August 2019. The CDC has announced 149 severe lung-illness cases related to vaping, including a 20-year-old male going from healthy to “being at death’s door in literally two days” and an 18-year-old female, healthy and a former biker, diagnosed with severe pneumonia. The connection between the two? Both obtained their e-cigs from blackmarket sources.

E-cigarettes bought off the blackmarket are not covered by the same Food and Drug Administration regulation that legitimate products e-cigarettes are. Because of this, the black market vapes may contain dangerous chemicals. The serious lung diseases that both of the patients developed were most likely from “a toxic chemical…causing a severe reactive, inflammatory response,” said Dr. Michael Siegal, professor of community health sciences at Boston University’s School of Public Health, in an interview with LiveScience. “But it is very unlikely that this is being caused purely by nicotine-containing e-liquids, rather, the reaction is probably caused by a contaminant that is present in certain formulations of cannabis products sold for vaping, possibly on the streets.”

A local ban on vaping would only stimulate blackmarket purchasing of e-cigarettes, since teens would already be addicted to the nicotine-containing substances along with the alluring flavoring chemicals within most. Furthermore, banning vaping could also encourage many teens to turn to cigarette usage. A 2016 report from the Behavioral Risk Factor Surveillance System survey found that 44.3% of young adult e-cigarette users were never smokers before trying e-cigarettes, yet 54.6% of all e-cigarette users also smoked cigarettes. Especially regarding college students, the banning of e-cigs could lead to an upsurge in cigarette usage.

A ban by the county would also impact ex-cigarette smokers. While many individuals think of vaping as a popular activity among teenagers and college students, people forget that adult ex-smokers use vaping as an alternative to their cigarette addiction. This does not mean vaping is better than cigarette smoking. That is still being determined. While vaping does not contain as many immediately toxic substances as cigarettes, vapes do still consist of harmful liquids and aerosols such as propylene glycol and glycerine, which are two chemicals that turn carcinogenic in gaseous form. The user will likely be hooked on vaping them, which will be dangerous in the long-run. But what is the alternative to the nicotine and alluring flavors in an e-cigarette for a cigarette smoker trying to quit?

A local ban on vaping would only increase the blackmarket presence of e-cigarettes and consequently put users at higher risk than if they used regulated vapes. In December 2019, the federal government raised the legal minimum age of sale of tobacco products from 18 to 21 years, and in January 2020, the FDA issued a policy on the sale of flavored vaping cartridges, banning the manufacture and distribution of unauthorized flavored e-cigs. Schools and local community officials should continue to raise awareness about the dangers of vaping and advise young adults and their loved ones about the research on the dangerous health effects. A ban will only increase the practice’s notorious—and attractive—reputation among teens.