Despite some tunnel-vision, ‘I Am Not Okay With This’ showcases strong lead performances and a familiar ambience 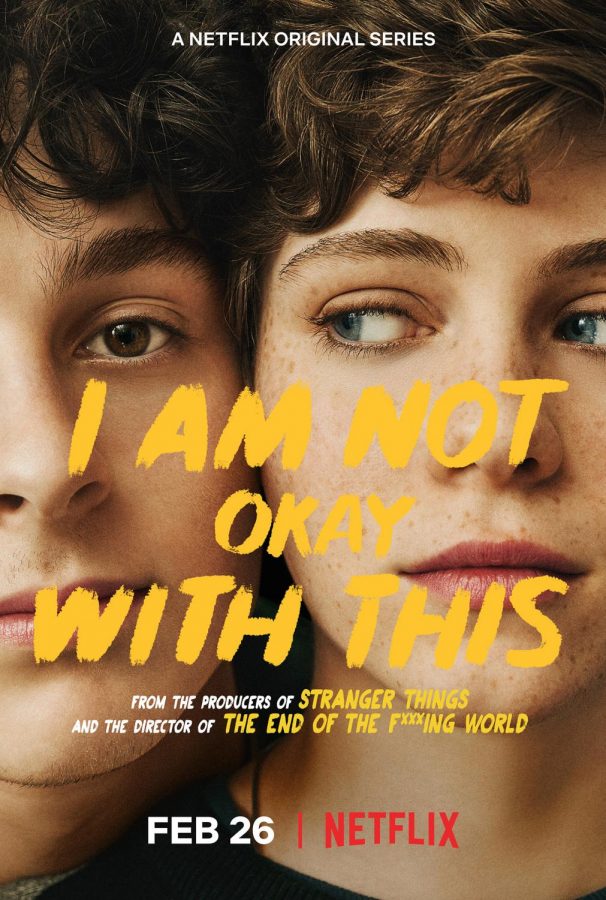 “I Am Not Okay With This” stars Sophia Lillis as Sydney Novak, a self-described “boring 17-year-old white girl” from a small American town, who, in addition to dealing with all the normal pressures of adolescence, discovers that she isn’t actually “boring” after all – in fact, she may have telekinetic powers. Dealing with this revelation proves immensely challenging, as new details about her father’s death along with the challenges of peer pressure and an uncertain sexuality cause Syd to lose more and more control, even with the help of the eccentric and painfully awkward Stanley Barber (Wyatt Oleff) – until there is nothing anyone, including herself, can do to stop her.

The show also makes a more subtle nod to its other counterpart, “Stranger Things,” which was also produced by Shawn Levy. Though it is set in the modern era, “I Am Not Okay With This” still has a distinct 80’s feel to it, which, much like in “Stranger Things,” is made particularly clear by the characters’ physical appearances. The 80’s music used in the show is also an homage to “Stranger Things,” while the original series score was written by Graham Coxon, who also composed for “The End of the F***ing World”.

The show clearly attempts to build a name for itself off the success of “The End of the F***ing World” and “Stranger Things,” touting both in its official trailer. Naturally, as a huge fan of these shows, I had high expectations for “I Am Not Okay With This” after watching the trailer. These expectations were met adequately. Entwistle’s direction and cinematography are phenomenal once again; Lillis and Oleff are able to translate their strong chemistry in 2017’s “It” to the small screen, perfecting the awkward and bouncing lines off each other in a way that feels incredibly genuine. Their performances are so brilliant that if the show was comprised entirely of Syd and Stan’s adventures, I’d still be entertained. Additionally, “I Am Not Okay With This” stands out because it is a rare example of a show whose actors are actually close to the same age as the characters they portray. Using teenagers to play teenagers often makes a show or film more realistic, simply because the experiences of a high schooler are understood by teenage actors in a way that 20-somethings cannot immediately relate to.

The only issue I have with “I Am Not Okay With This” is that it simply isn’t long enough. The 7-episode season has a total runtime of just over 2 hours, and as a result, some aspects of the show feel rushed, or are missing altogether. For example, the main plot of the show is that Syd’s trauma from her father’s death and anger management issues have caused her to develop telekinetic powers that she has trouble controlling. We get a lot of insight into the issues Syd is facing, both through the events of the show and Syd’s narration to her diary; while it is an intriguing storyline, it’s also the only storyline that gets any real attention throughout the show. As a result, characters such as Dina (Sofia Bryant), Syd’s best friend, and Bradley (Richard Ellis), Dina’s boyfriend, are severely underdeveloped. While both Dina and Bradley receive a decent amount of screen time, every action they take appears to be taken for the simple purpose of giving Syd a reason to become more confused or angry, and not to develop them as characters. If the show took the time to devote even one scene to Dina or Bradley’s backstory, it would make the plot that much more complex and interesting.

Overall, I’d be thrilled to watch a second season of “I Am Not Okay With This”. There are so many directions the show could take from the cliffhanger at the end of season one, and with the cast and creative firepower available, I’m confident they would make a brilliant continuation. My only hope is that in addition to a captivating story, they take time to develop more of the characters taking part in it. Even if this means sacrificing the show’s quick pace, it will make for a more complete and interesting story – without feeling rushed.