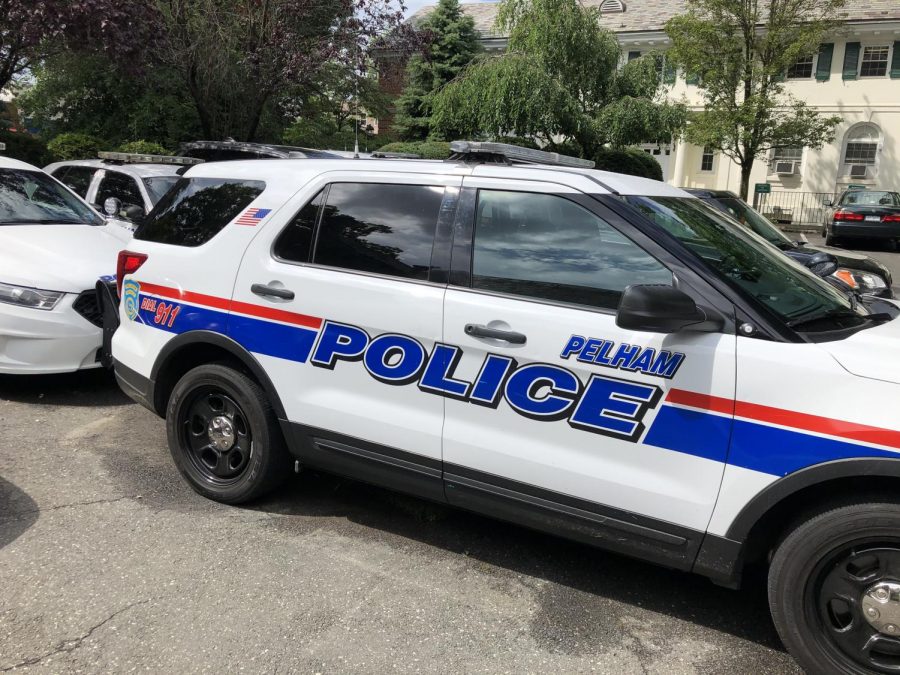 Village of Pelham police vehicles parked next to Town Hall, which houses the department.

The Village of Pelham is forming a steering committee to work on a plan for modernizing police strategies and programs as ordered of all law enforcement departments in the state by Gov. Andrew Cuomo on June 12.

The executive order requires the plan be ratified by the village board by April. In a letter to residents Friday, Mayor Chance Mullen said he has clearance from the board of trustees to create a steering committee consisting of himself, Village Administrator Omar Small, Police Chief Jason Pallett, trustees and members of the community. He said it remains unclear what is required in the plan or the process that creates it “will look like.”

“We’re going to focus community participation around Pelhamites who are Black, Indigenous and people of color, and I have begun reaching out to some of the folks who’ve spoken at the various gatherings that have been held,” Mullen wrote. “I believe that the deepest and most meaningful conversations are ones grounded in personal experience, not interpretations of others’ experiences… I also want to make sure this doesn’t become a partisan or ideological exercise. What I’ve seen in our village in the last few weeks is a desire for reflection that is driven by Democrats, Republicans and people of all political stripes who believe deeply in Pelham and what it can be.”

“The governor’s order was broadly written, recognizing that what is needed in one place will be dramatically different from what is needed in others,” he said. “Many communities in New York State are going to punt. We all know that. They’ll check the boxes on a few superficial reviews and move on to other priorities. The Village of Pelham is not going to punt on this. We’re better than that.”

The executive order as well as a package of legislation Cuomo signed were all responses to the killing of George Floyd, a Black man, during an arrest in Minneapolis and protests and marches that followed. Floyd died when Police Officer Derek Chauvin held him down by his pressing knee on Floyd’s neck for more than eight minutes. Chauvin is charged with second-degree murder and second-degree manslaughter, while three other officers at the scene face charges of aiding and abetting second-degree murder.

On June 23 during the village board meeting, trustees read and responded to a previously published document from the Progressive Women of Pelham calling for 26 reforms to the police departments in Pelham and Pelham Manor in light of the fact that, the letter said, “dozens of accounts of racial profiling by our police have been shared by our residents of color, who, for too long, have felt that this community would not believe or support them if they came forward.”

Under major headings of “transparency and accountability,” “police policy reform” and “reform hiring practices,” the PWP demanded creation of a civilian commission to investigate complaints filed against officers, retraining of officers with one instance of misconduct, firing of those with more than one and collecting and making public demographic data on all parties involved in police interactions. The document also called for “a publicly available police budget including line-by-line items” and that “misconduct settlements be paid from the police budget.”

One trustee—identification is not always possible during the virtual meetings—said any police investigation requires collection of names, dates and other supporting information.

The village board already has the power to reprimand and terminate village employees, the trustee said. “And we do that.” He also said he understands the fear associated with coming forward with allegations of racial profiling, but said information would be kept in strict confidence and is needed to investigate. “That’s how change will happen,” he said.

“Racial profiling, just to be clear, is a violation of our existing policy, and it’s a violation of the law,” said Mullen. “The seriousness of that requires a serious process.”

Under current rules, he said, the way to address an incident of racial profiling must start with an individual submitting a formal complaint, either to Pallett or Small, so an investigation can start. Pallett can suspend officers with pay for twenty days. Anything more serious must be done by the village board.

Mullen said the village police department is in “pretty good shape,” and he credited Pallett with that.

A training training program for implicit bias is being priced for ongoing use by the force to supplement the coursework only new recruits get. Mullen said he wants to follow through with a process that “builds trust” and “to have a deeper discussion about what this looks like in Pelham.”

One trustee applauded the PWP for addressing the issue, while another said systemic racism is not manifested in police brutality alone, and that there needs to be a deeper conversation about the issue. The discussion ended with a trustee stating the proper way to reach out when something is wrong is directly to the board, not on social media. (The Parents of Pelham Facebook group muted all 2,402 members for a day on June 21 to give people a chance to step back after discussions on racial issues apparently got out of hand.)

Susan Moody wrote to the board on behalf of the Friends of the Highbrook Highline, saying that emails had been sent to the board requesting permission and dates for weed removal and herbicide, with multiple follow-ups and photos of poison ivy attached. She asked why the upkeep was not completed and why the village should not pay for new planting that had to be done following a fence installation.

The department of public works staff are “not your personal gardeners,” said Mullen. “They have other obligations.” Things were moving along, but delays are inevitable, he said.

Another resident on the call asked Mullen to discuss renaming Wolfs Lane Park to commemorate the death of Floyd and other events involving racial injustice, to which he responded it is under consideration, but not a top priority.