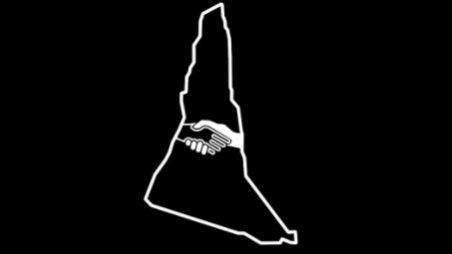 Prior to Pelham’s Unity Rally in June, Nora Tahbaz and Veronica Stern had been discussing ways to bring change to Pelham within their respective social groups, but neither had a clear plan of action. Tahbaz reached out to Stern, having heard that she was also interested in organizing an event, and in just over a week the group planned and launched a successful rally.

Pelham United consists of seven main organizers, all PMHS alumni with shared experiences of racism: Tahbaz and Stern, with their friends Tori Bowser, Julia Fugazy, Veronica Funess, Agapeo Malecela, and Messiah Morency. What began as an independent group has now morphed into a branch of Pelham Together in order to effectively accept donations; however, Pelham United maintains its own agenda.

The organization, as presented at the June 13 rally, is “committed to bringing education regarding racism – in all its forms – to the Town of Pelham.” Tahbaz and her peers hope to do this through various events and learning sessions, including social media initiatives that have already begun on their Instagram page.

“Our main focus is helping Pelham,” said Tahbaz. Since the rally, Pelham United has continued community education through their social media campaign and mailing list, collected donations through t-shirt sales, and hosted the “first of many” outdoor screenings of relevant movies. The group is looking to collaborate with the town in the future to further these efforts, namely through panel discussions and partnerships with the schools and police departments.

As far as community involvement, Tahbaz said, the best way to stay up-to-date is to follow Pelham United’s online presence. “I’m really urging people to address the issues that they find in themselves,” she said. She recognized that many people believe that Pelham is an exception to the rule, which is why this type of self reflection is necessary. Black students and parents in particular, she said, all have common encounters with racism in the Pelham school district, and as alumni, this serves as one of the main topics of discussion for the group.

As instances of discrimination against varying groups surface, Tahbaz hopes that people will see an opportunity to come together for a common cause, rather than “fighting to support either one side or the other side.”

“We’re fighting for the same thing… they just have a different face,” she said. “It’s just a time to learn, it’s a time to be educated, and it’s a time to take what you’ve learned and educate other people.”