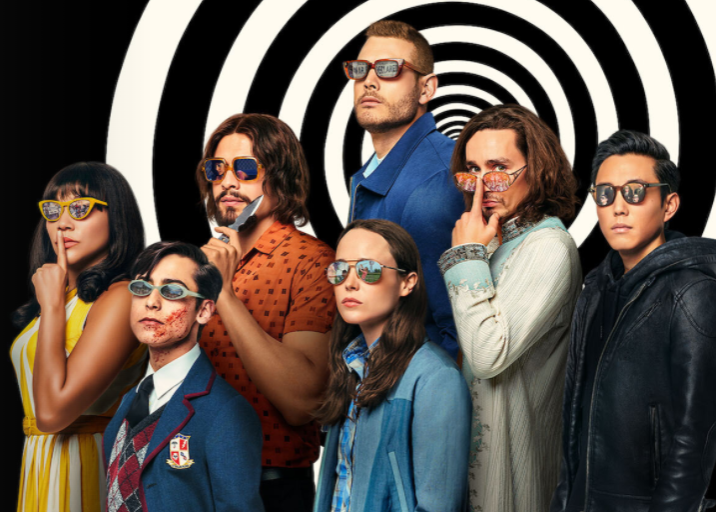 What makes a family… a family?

The answer is subjective, and depends on a number of things, including where and during what time period you live, and what the people closest to you believe; for example, you might feel like you’re part of a family, while some of the members of that very same family don’t see it that way.

It’s a tough question, for sure, but it’s one that “The Umbrella Academy” grapples with and puts its own unique spin on in its second season, which was recently released on Netflix.

What makes “The Umbrella Academy” so compelling from a storytelling standpoint is the show’s ability to take two fairly simple, commonly used ideas — superhero shows and family dramas — and meld them together in a way that feels fresh and original, even though the ideas themselves are not. A major criticism of many superhero shows (not all, mind you — Marvel in particular has made some good ones) is that while the characters are fun to watch in action, they lack the emotional depth necessary to be considered believable as real people; that is, they don’t even seem human. But as “The Umbrella Academy” teaches us, being a “real person” does not mean being “normal”.

Are the seven siblings of the Academy ordinary? Far from it: they grew up with a mad scientist father, a robot mother, a talking monkey for a butler, and they all have supernatural abilities. But are they human? They are, at least mentally. They are shown to have complex emotions towards each other and their father, as well as the ability to form relationships outside the family as well (some better than others).

The complex, dysfunctional family dynamic within the Umbrella Academy household which was introduced in Season 1 continues to be the main driving force behind the siblings’ actions in this season. This is largely a result of how the events of the season are set up.

Picking right back up where Season 1 left off, the siblings are dropped into the same spot in Dallas just before the apocalypse hits; however, they are all dropped at different times between 1960 and 1963. When Five (Aidan Gallagher), who is the last to drop, arrives, he sees yet another apocalypse happening and realizes he must go back in time — but only a week or so — and gather his siblings to save the world yet again. But since some of the siblings have already been in Dallas for years without any knowledge of where the others were, many have begun to form new families of their own and lead entirely separate lives. As the season progresses, the siblings are often forced to choose between their new, seemingly normal families and each other — which leads to revealed secrets and broken trust.

Additionally, the siblings attempt to track down their own father as they believe he has a role in triggering the doomsday crisis, which means they are trying to interact with a man whom they know all too well but who has no idea who they are at this point. For the first time, the show extends the theme of family to characters other than the Academy, introducing a group of unflinching Swedish assassins who are later revealed to be brothers, and illustrating how a disruption of their familial bond brings out their sensitive sides.

As far as the action is concerned, the main plot is similar to what it was in season 1, or at least the bones of it are. Once again, our heroes try their best to prevent an apocalypse and save the world, while the Commission tries its best to stop them and ensure the events of the future pan out in the way they’re supposed to. Of course, this is an oversimplification — but if you’re like me and find yourself easily confused by a flurry of late-season plot twists, asking yourself, “okay, but what’s really going on here?”, then believe me, you’ll want some simplicity to connect everything back to. The events of this season would probably be better illustrated as a interconnected web with the impending apocalypse at the center than as a linear path leading up to it.

As I mentioned earlier, the majority of this season is set in 1960s Dallas, and I was pleasantly surprised to see the show actually address several of the issues of the time period it’s set in, instead of just using it as a mere backdrop or plot device. The show follows a group of African-American activists that Allison (Emmy Raver-Lampmann) becomes involved with as they plan and carry out a sit-in in a segregated Dallas diner, and the police brutality they face as a result. As the leader of the group says in the show, they believe they have a duty to do their part, even though they don’t know what will happen as a result.

The show tackles several more issues through Vanya’s (Ellen Page) experience living on a farm with a family consisting of a traditional “working man”, a housewife, and their autistic son (the word autism is never said, but the writing showcases it).

Takeaways: There’s plenty more I could say about the brilliance of this season, but that would involve spoiling some of the best parts. Overall, this show manages to discuss serious issues while maintaining a light-hearted tone overall, is exciting to watch and moves quickly. Watch this show. Watch it again. Show it to your pets.