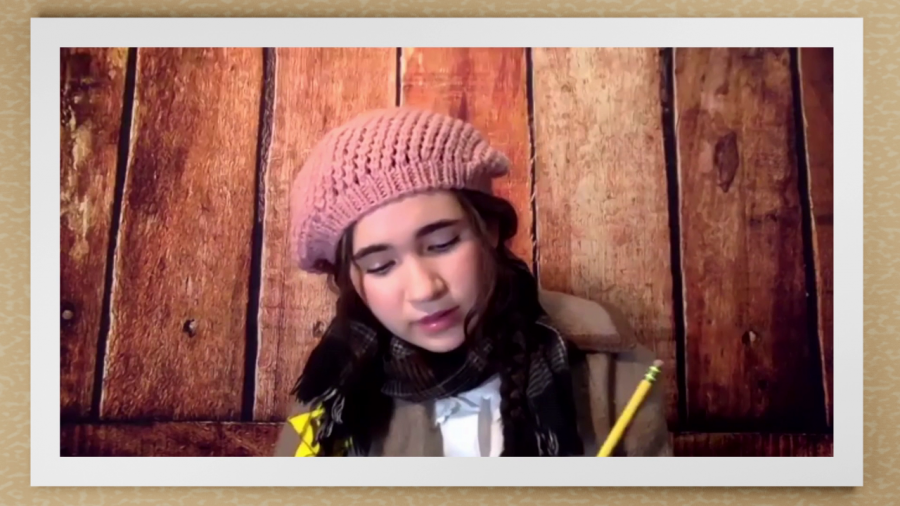 The Diary of Anne Frank, originally produced on Broadway in 1955,  brings us into the secret annex in Amsterdam where 13-year-old Anne and seven other Jews evade Nazi deportation. For over two years, all that they have is their trust in one another, bravery and undying hope. Anne’s compelling words come alive and urge us to stand up for one another in the face of intolerance, fear, and hate. As vital today as when it was first written, Anne Frank’s extraordinary diary has become an essential part of how we remember one of the darkest periods of human history. This is the story of people in isolation, told by actors in isolation. More than anything else, this play stresses hope and the idea that “in spite of everything, people are really good at heart”.

“It is a beautifully crafted play and works really well in this online format,” said director Beck. “The Diary of Anne Frank is, first and foremost, a story of hope. That makes it the perfect choice for right now. It speaks to how we can survive through challenging times, get along with people it appears one has nothing in common with, and adapt to change. The play shows that even in the worst of times, heroes emerge and teaches us how to maintain hope and remain positive. It’s important for us to remember that, as tough as things get, there’s always hope,” said co-director Schleifer.

Sock’n’Buskin will proudly present The Diary of Anne Frank from Friday, December 11 through Sunday, December 13. All video on demand ticket purchases are found online at: https://www.showtix4u.com/event-details/43690

This production is produced through special arrangement with Dramatists Play Service, Inc.