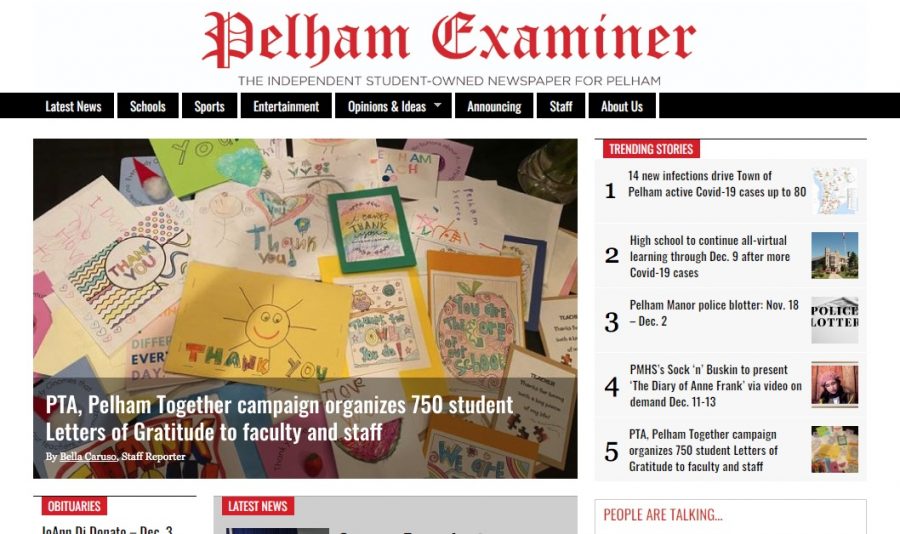 The 3,oooth item was a press release from the Pelham Union Free School District:

(The Examiner posted stories all throughout its June 2018 soft launch, but did not announce itself to the general public until June 23, 2018, with Complete list of 2018 graduates of Pelham Memorial High School at 4:41 p.m.)

The body of work was created by a staff that started at 23 in June 2018 and has increased to 46, while bidding farewell to the seniors working on the paper through two graduations.

“This milestone signifies how much the Examiner has grown since 2018,” said Zoe Winburn, executive editor. “I am honored to be part of a staff that works so hard to give life to local stories and bring them to this community.”

The total of 3,000 since the paper started represents 23 stories a week, which would roughly be equal to the number published in a 12 to 16-page print newspaper.

Here is the breakdown for each of the paper’s major sections:

The Announcing section publishes the full text of press releases, statements, notices and other announcements from the school district, nonprofits, advocacy groups, houses of worship, political candidates, arts organizations, village, town and county officials and agencies, and a range of other sources. All posts run without charge and are identified by their source. Each is evaluated on whether it will be newsworthy to our readers.