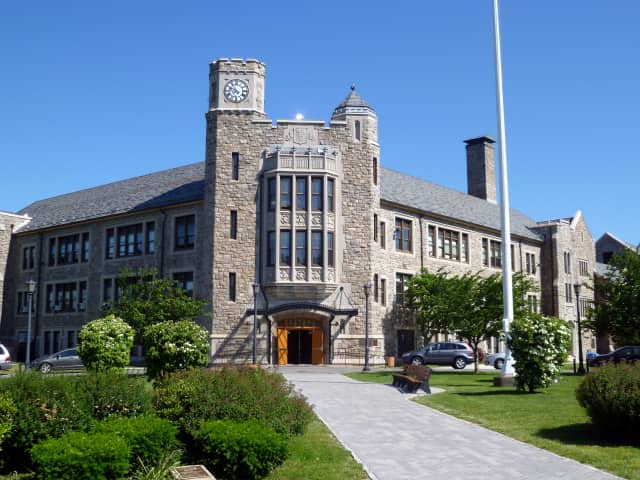 The Pelham Memorial High School language department has decided to not administer the National Language Exam this year. But not only are the presumed reasons for doing so flimsy at best, but the decision severely impacts students’ opportunity to pursue recognition in their language.

For context, last week I was abruptly thrust into unfamiliar territory when the school announced that they would not be administering the test this year, forcing language students, including myself, to register separate of the school. At PMHS we have the opportunity to choose from Spanish, French, Italian, Latin, and Mandarin National Language Exams. Students are often recommended to take these exams in order to distinguish themselves in their language. Students that have been consistently devoted to their language study tend to do well on these exams, with certificates, medals, and possible scholarships as the rewards for excellence. Typically these exams would be taken in the language lab, a classroom equipped with individual audio equipment at each partitioned desk. But this academic year, the school has decided to not promote, encourage, or even consider administering the National Language Exams, leaving devoted students to wonder why.

The Pelham School District seemingly made the decision to not hold these exams due to a variety of factors. One of these factors was COVID-19 prevention. Essentially, the school preemptively cancelled the exams in order to avoid a rise in cases because of the close proximity of students in classrooms while taking the exam. However, I fail to understand why this is the case considering that in actual classes we utilize transparent dividers to protect students from being in too close proximity to each other. If the school deems it good enough to be used in actual classes, what makes it any different for one exam?  This led me to think it was a problem of desk spacing. Yet even before COVID-19, students would sit in the lab in an every other seat (6ft apart) formation to avoid possible cheating, thus the distance should not matter! If we took the exams in a month or two, we would be wearing masks, be 6ft apart, and be enclosed within our dividers. Identical conditions to the classroom. I merely point out that if it is safe for one situation, what makes the other so different?

But undoubtedly the main factor for the imprudent cancellation was the preservation of exam integrity. If the Pelham Schools were to provide the test in-person, this would be unjust to the fully virtual students. The virtual students would be harder to proctor and monitor because they cannot be centrally seated and uniformly supervised. This is an understandable point but it has a large flaw. The organization administering the exam to schools has deemed it acceptable for it to be taken virtually, yet our individual school is choosing to ignore their judgement. If the organization producing these exams themselves are offering a virtual version, clearly indicating that these virtual conditions are acceptable to take the exam, then why is the school shying away? From this evidence, I thought it was just too much work for the language department to organize. But nevertheless, the benefits certainly should justify the effort!

I wish to illustrate that these exams are a source of possible scholarships and educational recognition worth appearing on students’ college resumes. Why is the Pelham School District preventing its own students from having a chance at these opportunities? Additionally, these exams are a chance for languages with lesser populations of students to gain more support. Taking the National Language Exam is a great way to get students interested in their language.  For instance, I take Latin which unfortunately is a dying program (going to end in a few years). Taking the exams and raising awareness also increases the possibility of revitalizing the Latin program in our district (which seems to undermine it by not hiring a full-time teacher). But this goal cannot be achieved without my ability to take the exam.

Language classes are an opportunity to meet new people, learn a new language, and expand on culture. The vision statement of the PMHS language department is “to create an environment that enables students to communicate in the target language, to negotiate cultural differences, to develop understandings of cultural and linguistic heritages, and to become lifelong language learners and world citizens”. Stating that you’re trying to foster a culturally diverse environment but simultaneously inhibiting students’ ability to expand on their studies is hypocritical. Holding an exam with tangible rewards clearly motivates students to study the language well and thoroughly learn it. One’s efforts should certainly be recognized with accolades, and the decision to take away this opportunity has definitely been an unnecessary problem to deal with in an already difficult year for students. Hopefully, they’ll reconsider this decision for the coming years.