'Everybody thought that now that the Civil Rights Act was passed, it's like a light switch and then everything would be okay.' 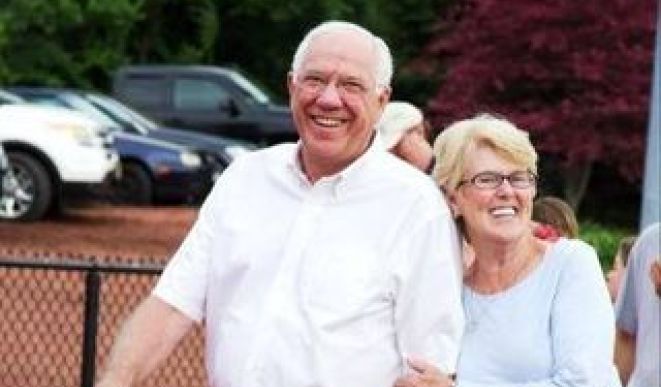 Joe Solimine Sr. received an unexpected phone call. The man on the other end of the line, Lou Santos, is both a friend and fellow board member of Monsignor Scanlan High School. “Hey, do you have 10 minutes for an interview,” said Santos. What Santos said next stunned Solimine. “Welcome to the Hall of Fame.”

Solimine will be inducted into the New York Baseball Hall of Fame alongside elite company. Notable inductees include David Cone, Mookie Wilson and Bobby Richardson. The induction ceremony will take place in Troy in November.

Solimine played professional baseball for nearly a decade with stints on the minor league affiliates of the Pittsburgh Pirates and Minnesota Twins before retiring after a season with the Montreal Expos organization. He was teammates with Tony La Russa, a three-time World Series winner as a manager, and Greg Nettles, a two-time World Series champion as the third baseman for the New York Yankees.

Solimine took up coaching shortly after retiring in 1970, founding and managing the Pelham Mets, a local semi-professional baseball team. The Pelham Mets have captured 20 Westchester Baseball Association League Championships as well as a National Championship in 1995.

After graduating high school, Solimine signed with the Pittsburgh Pirates at 17 years old.

His first game was in Kingsport, Tennessee. Solimine walked into the ballpark and was immediately confused when he spotted a water fountain labeled “Colored Water.”

“I said, ‘What is that?’ Remember? I’m 17 years old from the Bronx. What do I know about that stuff?” said Solimine. “Everybody thought that now that the Civil Rights Act was passed, it’s like a light switch and then everything would be okay. No, that was not the way it went down.”

After the game, the team took the bus back to the hotel. Solimine was again confused when the bus abruptly stopped in the middle of nowhere. “Five guys get off the bus, and I say to the guy next to me, ‘Where are they going?’ I thought they were going to a party or something, and the guy said, ‘No, that’s where the Black guys sleep.’”

Later in his career, Solimine played a key role in organizing a team restaurant boycott. If Blacks were not allowed into the restaurant, the players would eat on the bus. “If these guys are good enough to be on the field with us, they should be good enough to eat at a restaurant with us,” said Solimine. “So if they can’t go in here and eat, I’m not going to eat either. The rest of the year, we ate on the bus.”

It was experiences like these that led Solimine to pursue community leadership roles.

“I am proud of the fact that I was for 14 years the supervisor in the Town of Pelham, and I was on the Recreation Commission and the Board of Education,” said Solimine. “That was nice, but I think working in the minority community gave me more of a lift.”

He volunteered at the Boys and Girls Club in Mount Vernon for 25 years. “We provided for them in the afternoon a safe place, a haven to go to and study and play sports,” said Solimine, who has seen many of the Boys and Girls Club alumni grow up to lead successful lives. “I met guys that were now in their thirties and forties. So many of them are just solid citizens.”

In 2012, Solimine was diagnosed with leukemia.

“I was talking to the doctor about my chances of survival and my chances of finding a match,” said Solimine. “He said to me, ‘Well, you’re Caucasian, so the chances of finding a match is probably 85% to 90%.’” Solimine didn’t understand. “’What do you mean by Caucasian?’” The doctor explained the chances for a BIPOC individual getting a match were only 10%. Much of the reason for this had to do with the lack of bone marrow blood drives in minority communities.

The doctor’s words inspired Solimine to organize a bone-marrow drive of his own. The drive was held at the Pelham Country Club and was attended by 600 people. Twenty-five percent of the attendees were people of color. Fittingly, the entire Fordham University baseball team attended in full uniform.

The effort was a success. “As a result of that drive, four people were matches for other people,” said Solimine. “It’s very emotional. They saved a girl (who was) four years old. Unbelievable.”

Solmine eventually found a match. His donor was a member of the armed services deployed in Iraq, so Solimine was forced to wait until September 2013 for his donor to return from deployment. Following a successful transplant, Solimine beat leukemia.

Solimine continues to work alongside his son, Joe Solimine Jr., founder and president of Meridian Risk Management. He lives in Pelham with his wife Joan, founder of the boutique firm, Joan Solimine Real Estate. Joe Solimine Sr. has four children, and 13 grandchildren, and both Joe and Joan remain actively involved in the Pelham community.