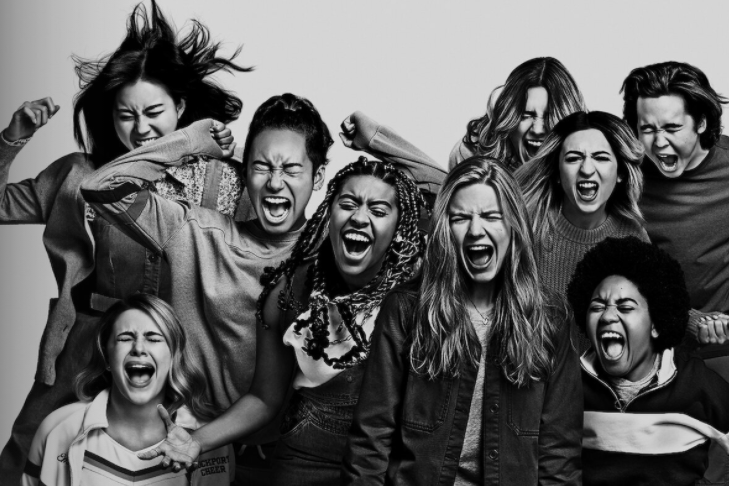 Finding a movie that accurately depicts the high school experience is rare, but “Moxie,” a drama directed by Amy Pohler that debuted on Netflix on March 3, accomplishes just this. The story is told from the perspective of a high school girl who is becoming increasingly aware of the patriarchal values perpetuated in her high school and her everyday life.

The student, 16-year-old Vivian, is a shy, overlooked young girl who creates a revolution by leaving feminist pamphlets challenging the school’s unfair norms in the school bathroom. The classic contrast between the timid protagonist and the powerful, fearless alter ego plays out and Vivian eventually reveals herself as Moxie, also the title of her pamphlet.

I found the dialogue between students and the patriarchal ideals that the young women had to battle in the movie very accurate to what I and other young women face today, in high school.

I was able to see parallels between my life in the seemingly insignificant events that undermine young women throughout the story. “Moxie” illustrates today’s struggle of being a high- school girl in the most realistic way I have ever seen.

Although the buildup of issues that Vivian and her female classmates face, thus creating the platform for Moxie, was well done, the movie solved the “issue” in an expedient manner. “Moxie” superficially adds LGBTQ + representation in a significantly underdeveloped way.

The movie swiftly ends after a classmate comes forward about her experience with sexual assault. The final scene is a montage of the girls dancing together, having found new friendships through Moxie. The montage is awkwardly placed right after the student shares her experience, insinuating that all of the real problems that the movie has brought up have been addressed and resolved.

“Moxie” illustrates today’s challenges of being a high school girl in a remarkably realistic manner, yet the conclusion of the said challenges feels artificial and slightly rushed.