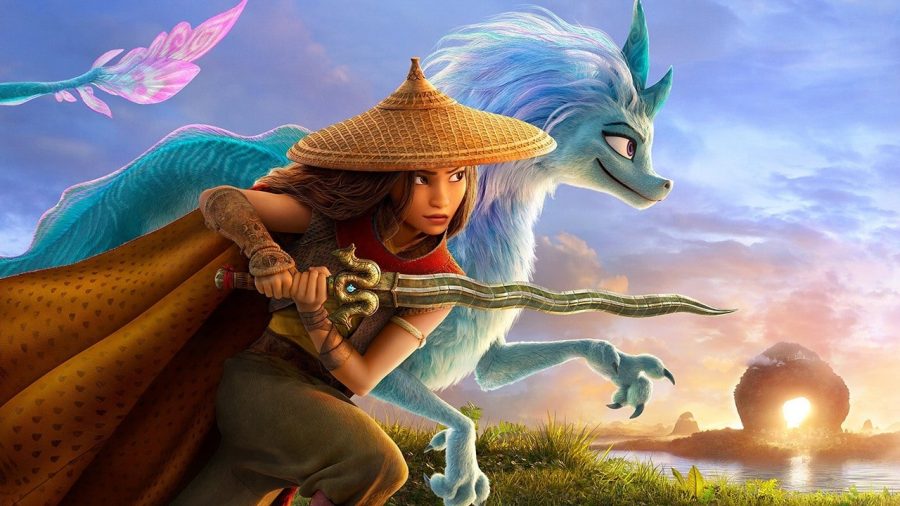 What do friendship and trust mean to you? In a world on the brink of destruction, “Raya and the Last Dragon” shows us that the ties of friendship can salvage even the weakest of trust. Directed by Carlos Lopez Estrada and Don Hall, “Raya and the Last Dragon” takes viewers on a ride of connection, sacrifice and struggle as the title character fights to save the existence of her world.

The movie follows Raya (Kelly Marie Tran) through the fantasy world of Kumandra, in which humans and dragons live together in virtual utopia. When threatened by a devil monster, however, the world divides into five islands, and Raya must embark on a quest to save her once-perfect world. The unusual friendships Raya forms on her journey to find the last dragon (Awkwafina) are a defining aspect of the film.

“Raya and the Last Dragon” asks audiences to consider how one maintains trust in the face of conflict, particularly in a broken world. The bonds that exist between Raya and her (sometimes unlikely) allies are certainly some of the strongest components of the film’s storyline. Disney also included a mainly Asian cast in the movie’s production as a much-needed effort to address diversity.

Based largely on themes of friendship and trust, “Raya and the Last Dragon” follows Raya’s firsthand experience with human greed and hubris and their impact on the world. It is absolutely worth the price of admission, combining dazzling digital animation, strong characters and timely themes of loss and reconciliation.

Raya is based on a Southeast Asian woman with whom the screenwriter, Adele Lim, grew up. The movie, just under two hours long, is currently $29.99 on Disney+, but will be free on June 4 for all to enjoy.