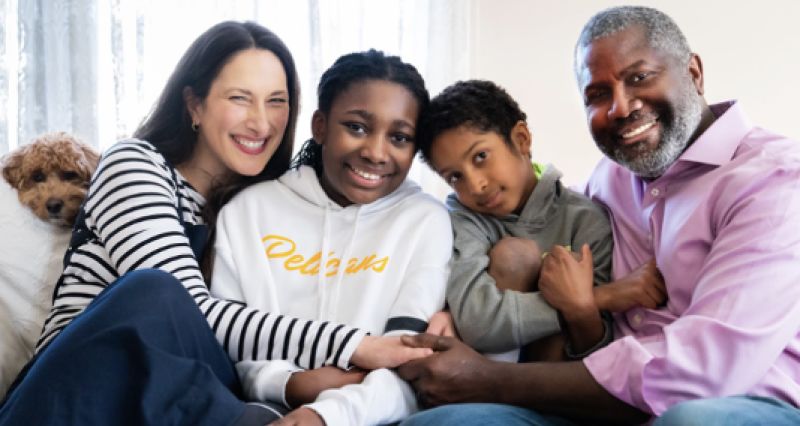 Rowe and his family.

Ian Rowe, former CEO of Public Prep, a network of public charter elementary and middle schools, and Pelham parent, wants your vote for one of the two seats open on the Pelham Board of Education.

Like most parents, Rowe has faced the demands of full-time work while having children at home. “One of the reasons I am running for Pelham School Board is to be part of the solution so that everyone can safely return to full, in-person instruction.”

Sharing empathy for the school leadership in their constructing of reopening plans, Rowe said “it does seem that the current Pelham school board has been very reactive, and not proactive.”

“The school board did not play its oversight role,” Rowe said in reference to the group of senior parents who were frustrated with the full-time in-person reopening plans set by the district for the senior class.

“The mandate should have been figuring out how to open safely with all students together, not if to do so. The fact that a solution was found so quickly is evidence that the current school board missed an opportunity to lead.”

After working with Dr. Champ and her team on the reopening of schools, Rowe felt that the school board approved plans were “unsatisfactory.” Rowe decided to work with a group of Pelham parents to “engage a teacher for the 2020-21 school year to provide daily, in-person instruction for our elementary grade children.” Moving forward, however, Rowe feels it is important he plays a leadership role in finding a solution for students to return back to school safely and comfortably.

Rowe believes that boards should be able to enter into a private executive session to discuss legal or personnel matters that involve a specific individual, “but feedback I have received from parents is that board transparency must be increased,” said Rowe.

“For example, there have been concerns with the recent High-Achieving Schools Survey, normally administered to eighth graders and up.” Every two years the district asks students in grades eight, 10 and 12 to take a survey so the district can receive statistics on student well being. The survey covers areas including personal relationships with family and friends, depression and anxiety and substance use. This year the survey was administered to all secondary students.

“This year they went down to sixth grade and added questions about sexuality and “increased stigma” on students of color that were inappropriate and certainly not developmentally appropriate for the younger grades,” Rowe said.

“Parents should have been given more of an opt-out power, and especially for the younger grades to know exactly what was being asked. For example, it would have been useful for parents to be given sample questions. Parents would also like to know if the school board discussed this change beforehand. I see this situation as an issue of board oversight and transparency so that parents could have more information to make a decision on their child’s participation.”

Rowe fully supported the commissioning of the equity audit, but “the problem was that the organization that the current school board members engaged delivered a poorly executed product that clearly had its conclusion written before it was started,” Rowe said. “Also, because of the clear manipulation in how it presented data, the report by the Metro Center perpetuated negative racial stereotypes. I was surprised that the current school board members did not point out the glaringly obvious flaws in its methodology and its predetermined conclusions.”

“Even though I support the good intentions of the Pelham School Board to commission an Equity Audit, the product that was created by the NYU Metro Center was very poorly done. Its selection process, research methodology and predetermined conclusions were all flawed,” said Rowe, and referenced a critique he wrote to the Examiner about the district’s equity audit.

“One of the many flaws of the Equity Audit is that the Metro Center provided amorphous and unactionable next steps.” One of the recommendations opposed by Rowe is the implementation of the Princeton Plan, which he wrote about in a statement to the Examiner.

Rowe said that even before the pandemic started, “one of the issues facing young people in Pelham is that because of characteristics like race, class, sexual orientation or zip code, adults often make stereotypical group assumptions about them being ‘privileged’ or being ‘marginalized,'” said Rowe. “These kinds of categorizations can end up being very harmful and dehumanizing, as they often conflict with the personal story of a given child. That is why it is important our school system recognize the individual dignity inherent in each child and avoid labels. This is true, whether it be related to identifying services for students with special needs or in improving race relations.“

The two open seats on the board are currently held by Eileen Miller and Jessica Young. Both trustees are seeking reelection. Terms of office are three years. The vote on school board candidates and the district’s budget will be held May 18. Aside from Rowe, Miller and Young, Janice Powers and Michael Owen-Michaane will also be on the ballot.

Public Prep educates more than 2,000 students across five campuses in the heart of the South Bronx and Lower East Side of Manhattan.

Editor’s note: The Pelham Examiner is publishing individual profiles of the candidates for the school board. Below are the other stories published to date.