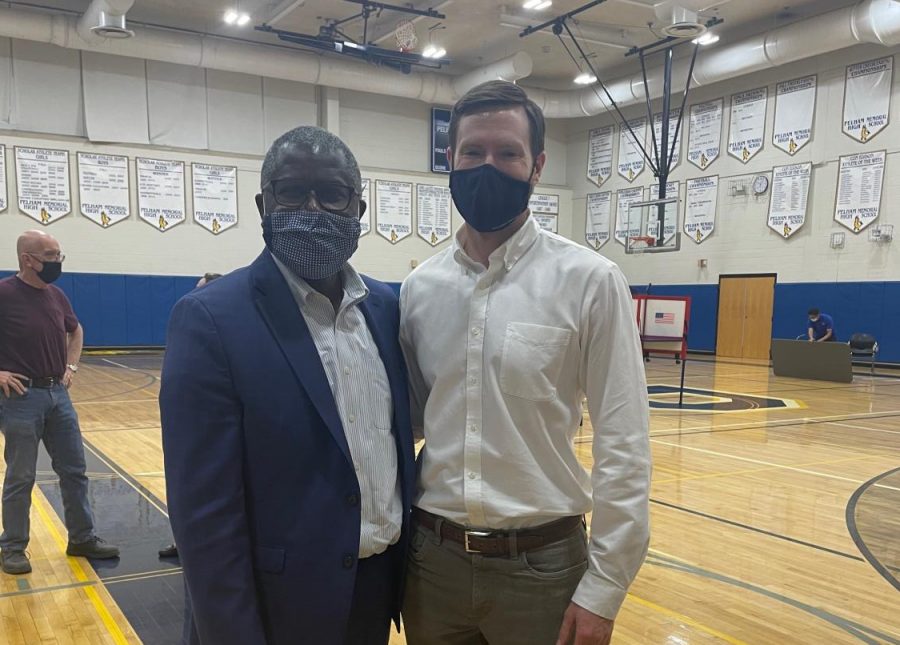 By Bella Caruso and Zoe Winburn

Ian Rowe and Dr. Michael Owen-Michaane were elected to three-year terms on the Pelham school board Tuesday, defeating incumbents Eileen Miller and Jessica Young and first-time candidate Janice Powers, while the district’s $80.3 million budget was approved by voters 1,764 to 615.

Here are the vote totals for the five candidates:

Miller and Young are each in their first term on the board.

“I’m thrilled for the opportunity to do great things with kids,” said Rowe.

Rowe is a founder of a chain of New York City charter schools and a fellow at the American Enterprise Institute. He was critical of the school district’s racial equity audit and the board’s refusal to publicly answer questions posed by residents during board meetings.

Owen-Michaane, a physician, said he decided to run when Champ asked for medical professionals to help with the reopening of schools. He is married to Village of Pelham Manor Trustee Maurice Owen-Michaane.

Powers is a New York State assistant attorney general, a co-founder of Bridges of Pelham and a board member of the Pelham Education Foundation. She called for the district to address racial equity and said, as a board member, she would want to implement recommendations from the audit and rebuild trust.

Miller is chairwoman of the board’s cultural competence and policy committees. She said she would work towards creating “affinity spaces” for marginalized groups as recommended by the report on the equity audit.

Young is an architect and chairwoman of the district bond steering committee. She ran on a platform of working to finish the capital projects funded by the bond, which includes the new Hutchinson School nearing completion. Young was the only trustee representing the Hutchinson School area of Pelham on the board and on the ballot.