Pelham athletic director looks back on chaotic inaugural year that saw teams play, but with many adjustments 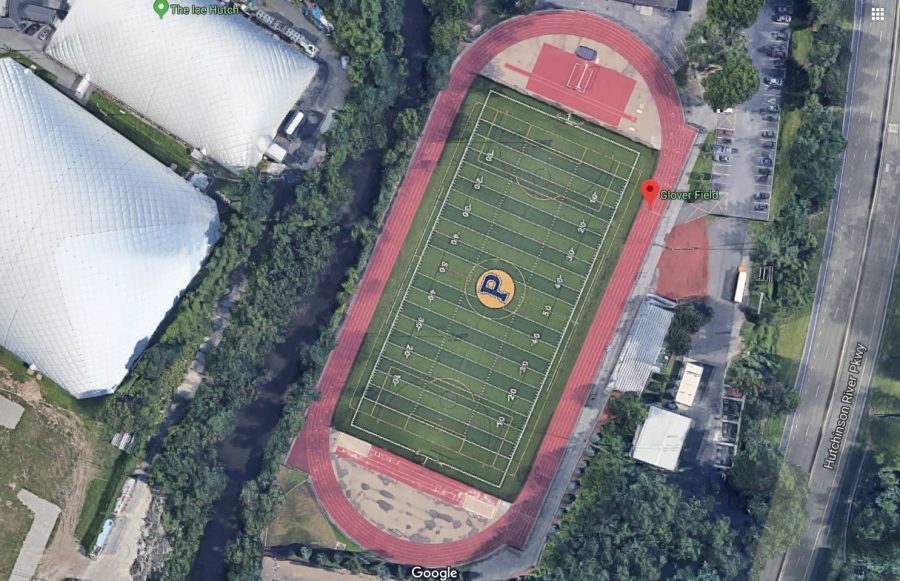 Christian Hodge is ending his inaugural year as sports chief for the Pelham school district—a year like no other—yet a year in which he helped guide the high school teams through seasons where they played as leagues and officials dealt with the Covid-19 pandemic. Hodge said he has plans for the future, including bringing a new culture to Pelham athletics.

The last year has been difficult for athletes and coaches alike. At many points, things looked bleak for the high school teams as Covid-19 was on the rise in Pelham and the country. However, high school sports were able to come off safely, as the athletes were able to participate in all of their seasons, though seasons had to be adjusted to fit the new measures put in place because of the pandemic.

“All of the people and students have been really helpful,” said Hodge, who is director of physical education, health and athletics for the Pelham school district. “We’ve tried our hardest to make sports happen. It’s been a really good experience under the circumstances.”

Hodge said he is focused on creating a culture of dedication in the sports that the students play. This means showing up and putting work in the offseason to keep up with the competition from the schools around Westchester.

He said he would like to continue getting kids involved at a young age and is interested in working with the Pelham Recreation Department to help develop the field hockey program, among other things. He complimented the lacrosse program, which has taken huge strides in the past few years, as it went from struggling to field a team to winning a section title.

Athletics were always a big part of Hodge’s life. He was a three-sport athlete from seventh grade on. Growing up in a school system in western New York, he saw the role school sports play, and that drove his career choice.

“I saw the importance of high school athletics and realized I wanted to go into athletic administration,” said Hodge.

Throughout his career, Hodge has coached at many different schools, including those in Maryland, Syracuse and Poughkeepsie, which was his last district before coming to Pelham. He said he coached in larger school districts in Maryland and Syracuse, from which his athletes went on to have successful careers. These included several college athletes, Olympians and an eight-year veteran of the NFL.

Hodge’s first interaction with Pelham sports came when Poughkeepsie traveled to Glover Field for one of Pelham’s homecoming football games. When asked how the kids of Pelham compare to those he’s seen in the rest of his career, he said, “I see a lot of kids that are really passionate about sports.” He also complimented the Glover Field Complex, which provides space for youth and high school athletes to play.

Now that life in Pelham is beginning to look up, with the Covid-19 vaccine available to children 12 and older, many are speculating what the fall season will look like.

“We’re working on it right now, and we’re looking forward to full normal,” Hodge said. This also includes opening up to all spectators, which began in the spring.