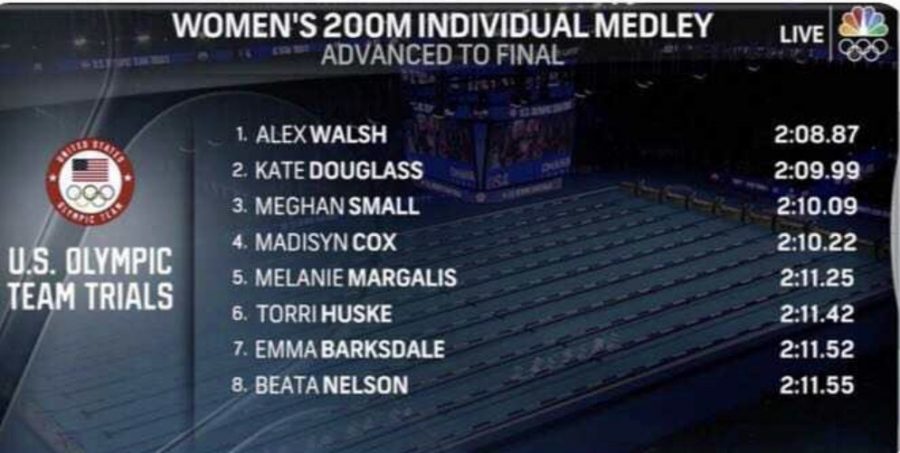 University of Virginia swimmer and PMHS alumna Kate Douglass is progressing on one front at the U.S. Olympic Swimming Trials.

Douglass placed second in the 200-meter medley semifinals Tuesday night behind UVA teammate Alex Walsh with a time of 2:09.99.

After missing qualification for the Olympic team in the 100-meter butterfly by 0.13 seconds on Monday, Douglass now moves on to the 200-meter medley final, which will take place Wednesday night. The top two swimmers in the race will qualify for the 2020 Tokyo Olympics.

Olympic trials can be viewed on NBCSN and the Olympic Channel.