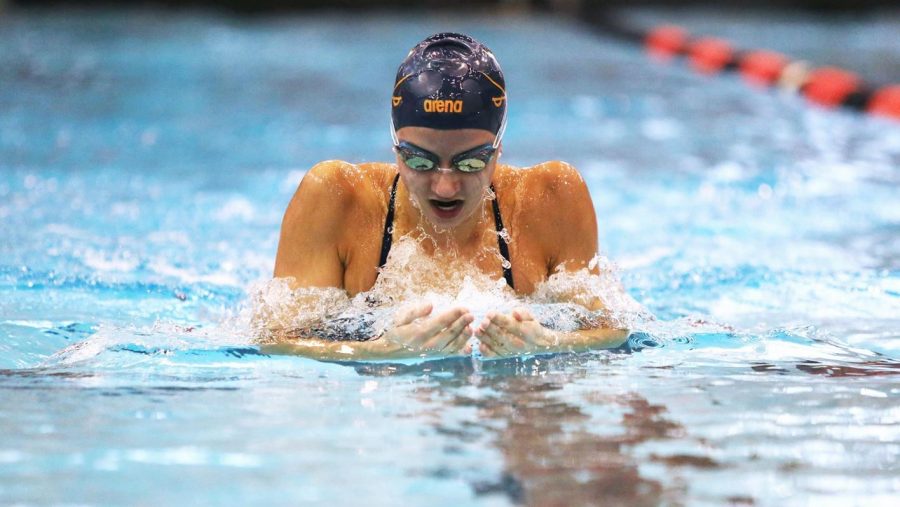 Kate Douglass swimming at the University of Virginia.

After a thrilling race Wednesday night in which PMHS alumna Kate Douglass came in second, her fate is now official. She is on the U.S. Olympic team.

Douglass made a triumphant comeback in Wednesday night’s race and secured the second place finish behind University of Virginia teammate Alex Walsh. This placement all but assured that Douglass had punched her ticket to Tokyo, and now, after two days of waiting, she has.

Because there are only 26 spots on the women’s US swim team, second-place finishers are not all guaranteed a spot in the Olympics. This was the case for Douglass. However, with other swimmers, such as American star Katie Ledecky, qualifying in multiple spots, Douglass is through to the games.

Douglass will be competing in the 200 medley in Tokyo, as she did not qualify in either freestyle or butterfly events she competed in.

The 2020 Tokyo Olympics will begin on July 23 and can be watched on NBC, NBCSN, and the Olympics channel.