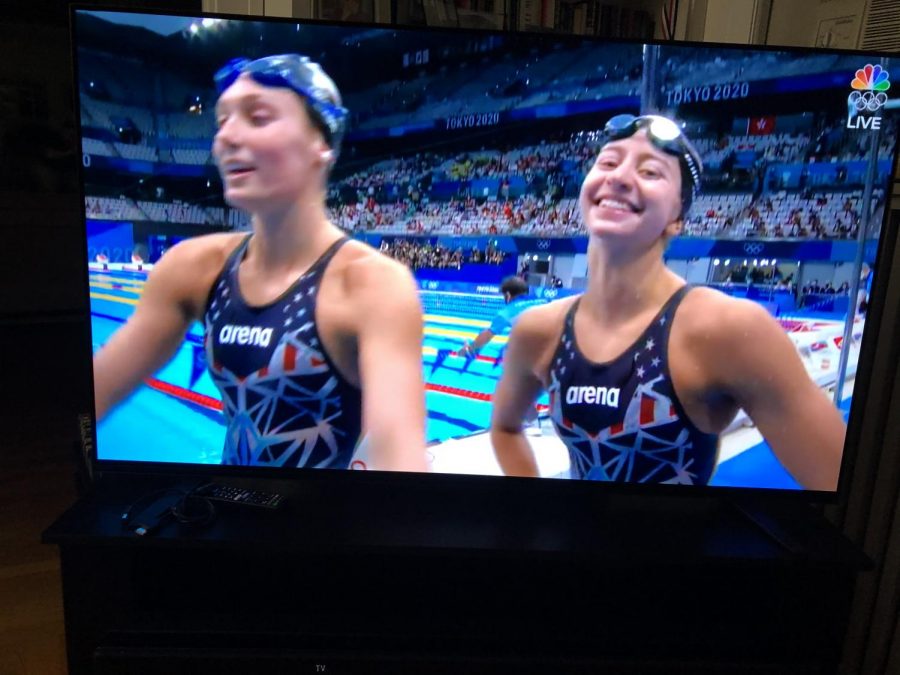 PMHS graduate Kate Douglass, in her first-ever Olympic Games, won bronze Tuesday night in the 200 individual medley with a personal best time of 2:09.04.

After winning her first two qualifying heats, Douglass came into the race as the highest-seeded swimmer. Her University of Virginia teammate Alex Walsh secured the silver medal with a time of 2:08.65.

Watch the video of the race.

The 200 IM was Douglass’s only event in the Tokyo Olympics, but she made the most of it coming in strong for Team USA.

Douglass qualified for the Olympics in June. She was part of a thrilling Olympic trials race where she qualified by just .04 seconds to punch her ticket to Tokyo.

The finishing order and times in tonight’s final, according to NBCOlympics.com: