Hole in ground: Apartment building under construction on Fifth Avenue to be finished by late 2022 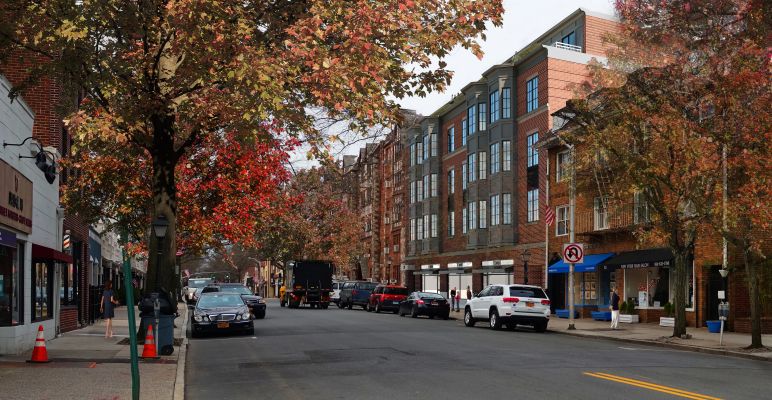 An apartment building under construction at 139 Fifth Ave. since the demolition of a one-story multi-store retail property at the site will be finished by the fourth quarter of the 2022, with occupancy of tenants to follow then or in early 2023, according to James Smithmeyer, president of general contractor JMJ Contracting and Development LLC. Pelham RE Partners LLC will own the building.

In March, the last retailer left the old building, which was demolished, and the foundation was started in June.

The five-story building in downtown Village of Pelham will have 28 apartments, with 15 one-bedroom and 13 two-bedroom flats on floors two through five, said Smithmeyer. The pricing of these apartments hasn’t been finalized yet. There will be a retail area on the first floor occupied by one to two stores.

When looking at the new building from the street, on the far left will be the residents’ entrance, and on the far right will be a walkthrough to the parking lot on Fourth Avenue for residents and customers of the shops.

The project started in 2019 when the developers sought approvals from the village.

During the same year, the New York State Energy Research and Development Authority, (NYSERDA) executed a contract with JMJ Contracting that said that the authority would provide funding for any of the incremental costs required to make it a net-zero energy building, said Smithmeyer. To achieve the goal of an energy-efficient building, solar panels will be installed on the roof and possibly in the back parking lot, there will be triple-paned windows, variable refrigerant flow heating and cooling, domestic water heaters and energy recovery ventilation.

Some of the designs still need to be finalized, but achieving an energy-efficient building is a primary goal while constructing the building, he said.