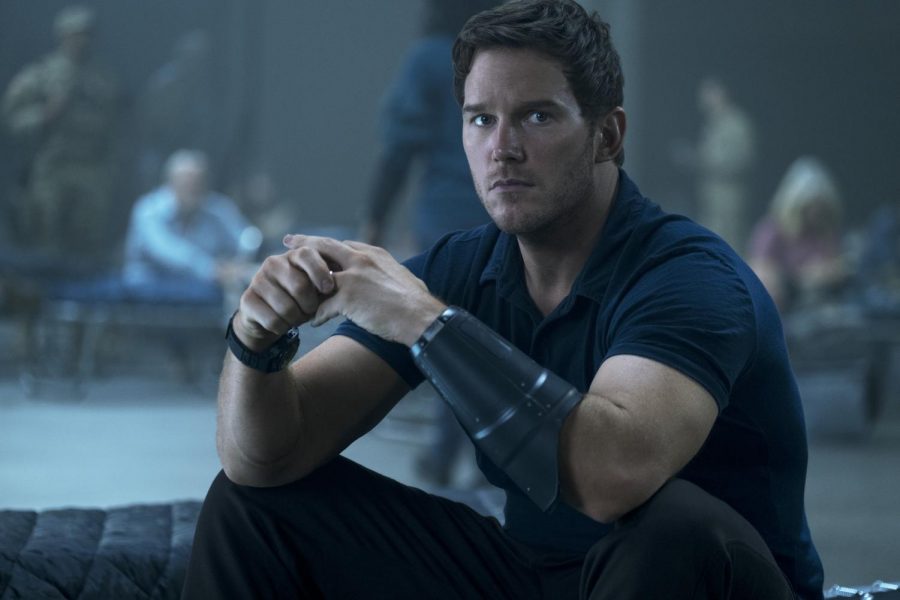 Originally scheduled to make its debut in theaters, “The Tomorrow War” premiered July 2 on Amazon Prime Video. The film received a lot of hype before it streamed due to lead Chris Pratt, the actor who starred in “Guardians of the Galaxy” and “Jurassic World.” Cast in the role of suburban dad Dan Forester, Pratt does not deliver his usual charisma. The film suffers for it.

The movie takes place in a pre-apocalyptic world where the government has received word from human visitors from the future that in the year 2051 aliens will attack earth and wipe out the human population. International conscription to travel to the future to fight the aliens is then implemented, and of course, Forester is drafted. Forester is a high school science teacher as well as an Iraq war veteran, which is meant to show he is intelligent and has combat experience. Reluctant to leave his wife and daughter in the present, Forester nonetheless travels to the year 2051 to save the planet.

Director Chris Kay does a good job getting viewers excited for what’s to come before the time travel sequence. From the horror stories that past soldiers tell, Forester’s concern about the aliens and the element of the unknown that the future holds—the buildup for the second half of the movie—is captivating. Little do viewers know that it will be all downhill from here on.

Upon Forester’s descent into the alien hellscape, he finds that the earth in a shambles. This begs the question how time travel can be used in such an environment. Pratt’s character arrives in the future with fellow draftee Charlie (Sam Richardson), who supplies low-key comedic relief throughout the film. Together, the two of them and a squad of soldiers set out to save a team of researchers who are conducting experiments on how to wipe out the aliens.

Many of the future developments in the film should not be spoiled, though the rest of the movie lacks excitement. The action scenes are big budget, but the element of suspense and thrill is gone. The missions that Dan and Charlie set off on began to feel repetitive, and the dialogue lacks emotion.

Despite the elite actors cast in “The Tomorrow War” and the slick cinematography, this film’s flaws outweigh its strengths. The movie is only for those who enjoy intense action sequences and are fans of Chris Pratt. Otherwise, it’s a pass.