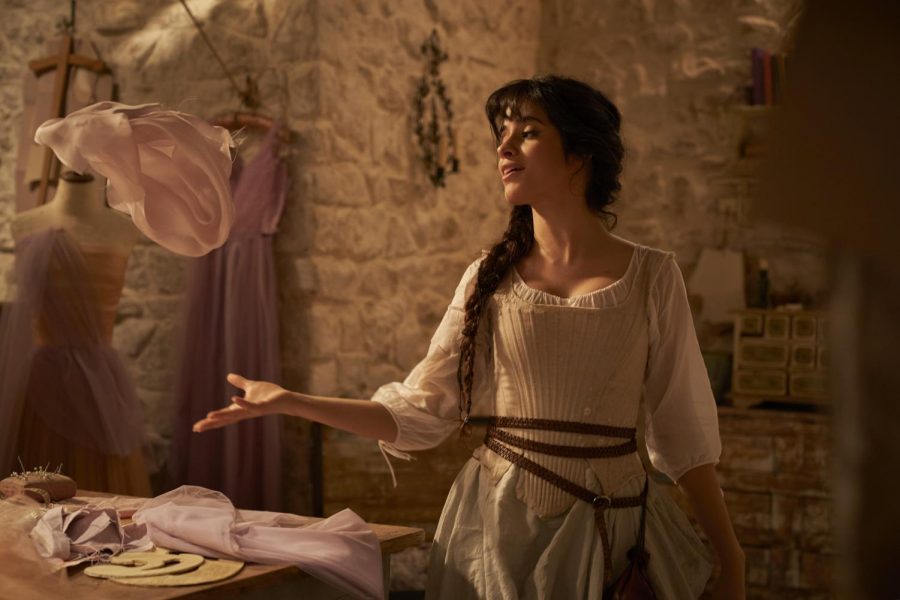 The new “Cinderella” movie, starring Camila Cabello as the title character, shows that you don’t have to marry a prince to live happily ever after.

In this modern twist on the old fable, personal empowerment takes center stage. In particular, the theme is laid out when Cinderella rebels against her stepmother Vivian (Idina Menzel) to become a businesswoman. Prince Robert (Nicholas Galitzine) also revolts against a parent, King Rowan (Pierce Brosnan), to find his own path, while Princess Gwen (Tallulah Greive) fights against dad’s antiquated belief that women cannot be good decision makers.

In the movie, Cinderella is a dressmaker who is trying to start a business. Her Wicked Stepmother is opposed, and her fashionable dresses don’t sell because women aren’t allowed to own businesses.

The King insists that Robert find a wife and schedules a ball to do so. Despite the King wanting only rich women to attend the ball, the prince takes it upon himself to invite all the women of the kingdom.

Prince Robert is particularly taken with Cinderella, and so disguised as a civilian, finds her in town trying to sell a dress. After buying it, he convinces her to come to the ball by saying that if she does come, someone may take an interest in her work. Cinderella quickly gets to work and designs a beautiful dress for the ball. No surprise, her stepmother of the wicked sort tells her she can’t go to.

Alone and defeated, she thinks that she will never be able to go, that is until her Fairy Godmother (Billy Porter) appears and uses magic to create a magnificent dress complete with glass slippers for her. After hopping into her coach driven by footman that used to be mice (James Corden, James Acaster and Romesh Ranganathan), she makes her way to the ball.

The moment she walks in, all eyes are on her and her lovely dress. Soon she is scouted by Queen Tatiana (Beverley Knight), who offers her a job traveling the world as her dress maker. All of Cinderella’s dreams are coming true, and she thinks nothing can come between her and this job. That is, until Prince Robert finds her. After dancing and talking all night, he asks Cinderella to marry him, but she has to make a choice. Will she chose following her dreams and becoming a dressmaker or will she chose being with the man she loves?

I liked the use of modern songs for the musical numbers. Despite some problems with Cabello’s acting, “Cinderella” is a strong modern take on the old tale.