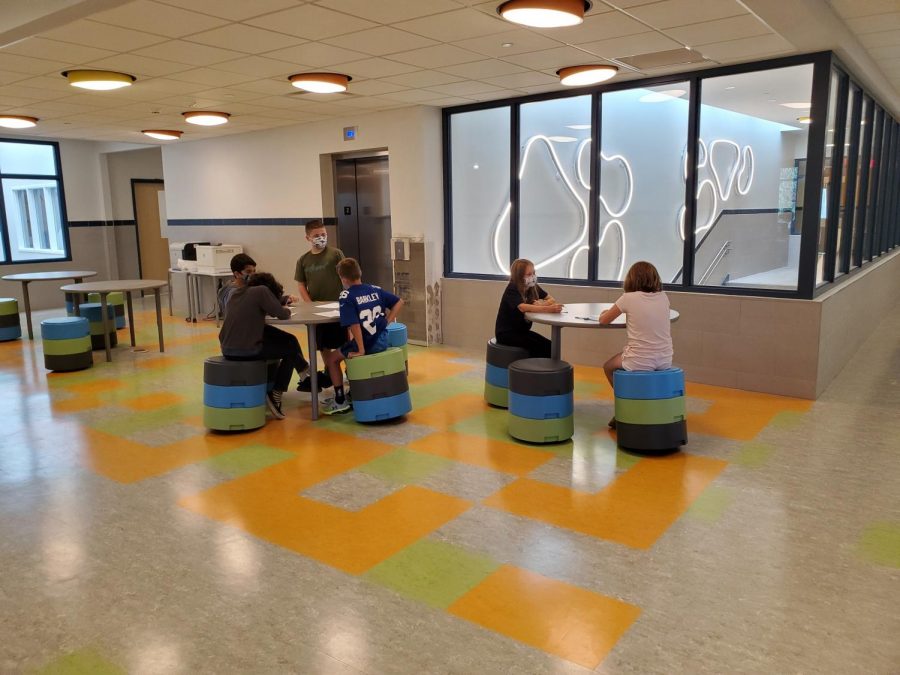 “Every hundred years, there’s a generation that gets to build the things we’ll rely on for a century,” said Village of Pelham Mayor Chance Mullen. “We get to be that generation.”

Also on hand were school officials, current and former Pelham Board of Education members, students, staff and several of Pelham’s other elected representatives.

“Collectively, what you have proven is that the power of organizing creates one of the most powerful tools in society, and that is education,” said State Sen. Alessandra Biaggi.

Replacing Hutchinson began in May 2018, when 70% of Pelham voters approved a $57.5 million bond proposal. The new school is 68,000 square feet and includes an atrium, a MakerSpace, central learning areas, a multipurpose room/cafeteria with a stage and full kitchen, and a full-sized gymnasium. The learning commons, gym and auditorium/cafeteria will be open for community use after school hours and during the summer. They are configured together to insure the security of the classroom areas, the district said in a press release.

The building was designed by KG+D Architects and built by the Triton Construction Management Co., which put the school up right next to the old one at Lincoln and Third avenues.

“What I find the most exciting is the power of the 21st century learning environments that were created on the inside,” said Dr. Trisha Nugent Fitzgerald, principal of Hutchinson. “This learning space was designed as a place where students can create, tinker, innovate, test, collaborate and communicate with their peers.”

Former Board of Education President Madeline Smith talked the Pelham community’s ability to come together to solve complex problems, noting the many different voices that worked together on the 2018 bond proposal. “I feel extremely fortunate and proud to be a part of this caring and supportive community—here today celebrating Pelham’s new Hutchinson Elementary School,” she said.

Residents attending were allowed to tour the building after the ceremony, though its students got the first look Thursday morning. High school students showed people around.

The old Hutchinson school, which was 100 years old and was decommissioned in June, will be demolished over the next several months, making room for athletic fields, playgrounds, a student garden and outdoor dining/gathering areas.

The next youngest of the district’s four elementary schools is Prospect Hill School, which opened in 1930.