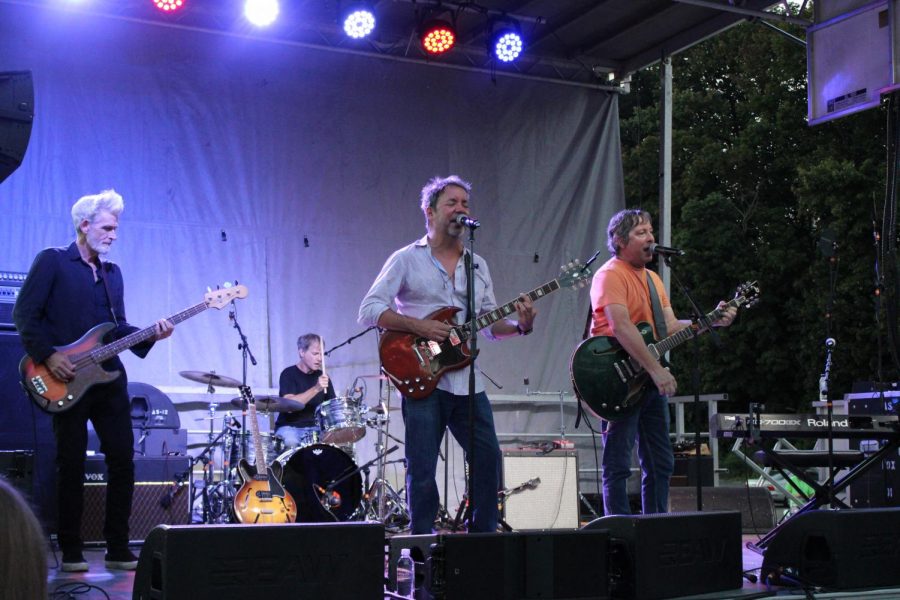 Pelham residents and out-of-towners, headlining acts and local performers met the bright sunshine Saturday with music, smiles and some serious boogying on parking lot 7 at the first-ever Toonerville Music Festival.

“This is probably the best organized festival we’ve ever played,” said the lead singer of Spring Heeled Jack during the band’s performance.

Eighty-four years since the last trolley ran through town, Toonerville brought back a motorized trolley for a four-mile loop that brought listeners to and from the festival and also featured local high school musicians.

The idea for the biggest-ever festival in Pelham sprung up during lock-down when local musicians Joanne Gambone, Carl Pannutti, Warren Banholzer, John Gaenzler and Jason Jeffries decided there needed to be an event where people could gather outside and listen to music. Musicians who played in any of Pelham’s previous outdoor music fundraisers gathered together and decided on goals.

“We wanted to do something bigger that would bring the community back together and celebrate our resilience after a really challenging year,” said Jeffries. The organizers also sought to raise money for the Pelham Civic Association and “demonstrate that Pelham supports the arts and can be a destination for the wider area bringing interest and business to the downtown.”

Gaenzler was able to connect the Toonerville team with Scott Campbell to help book the headliners. The Pleasantville Music Festival was used as a model for what they wanted their festival to look like. Campbell helped find talent that fit the budget and negotiated terms.

Many Pelham citizens volunteered to check vaccine cards, hand out wristbands, sell merchandise and tickets, manage the crowds, and do many other jobs during the festival.

Due to the festival being planned before the Delta variant became widespread, the planners were worried this would cause a decrease in ticket sales—and the weather was going to be a gamble.

In the end, neither got in the way of attendees from Pelham and beyond having a good time.

“This core team coupled with the tremendous help and support of the Pelham Civics as well as the Town and Village of Pelham really gave us all of the ingredients we needed to book these headliners and make the festival a reality,” said Jeffries.

Proof of full Covid-19 vaccination or a negative test was required to enter.

“With Covid, we wanted to make sure that we were taking every precaution we could to ensure the health and safety of everyone who came,” Jeffries said. “We also arranged to have free rapid Covid testing on-site.”