If you look at my Spotify you’ll see that about a third of my seasonal playlists are autumn-related in some way. You may be wondering: One-third? Aren’t there four seasons? To answer that question I will give the fun fact that I have pollen allergies so thus I have never made a spring-themed playlist. Anyway, there’s a certain ambiance to autumnal music that I have a soft spot for, and I’d love to share some of my favorite fall-feeling albums with as many people as possible.

While I was tempted to include one of Phoebe Bridgers’ solo albums on this list (really, anything she touches turns to gold), her collaboration project with Conor Oberst, also known as “Better Oblivion Community Center,” is the coziest thing she’s ever been featured on.

The album, for the most part, is decidedly midtempo, but the duo doesn’t let their songs drag. Each track is melodic and bright (“Dylan Thomas”). The exceptions are “Big Black Heart,” which sounds like an angsty, frigid walk home from school and builds up to an “I Know the End”-esque climax, and “Exception to the Rule,” a surprise romp in 80s nostalgia.

The album distinguishes itself most, however, when it’s being subtle. “Service Road” is casually disorienting, meandering through its verses until its confrontational chorus (“Don’t throw a fit, quit acting out / Who are you?”). “Sleepwalkin” is classic “arena Phoebe,” a la “Motion Sickness,” blending depressing lyrics about a failed relationship with upbeat, almost uplifting melodies.

Throughout the record, the two voices blend well to form a warm, comfortable sound (while simultaneously not falling into a routine), with their trademark witty singer-songwriter lines like, “Looking bad like those Vegas odds / Wear a smile like it’s camouflage” on “My City.”

It’s a blessing in disguise that Bridgers and Oberst both tend to write dark songs; no song feels disjointed in its messaging and the record never feels judgemental of the emotions it expresses. It’s an “easy listen,” but by no means is it uninteresting.

Taylor Swift herself claims that her album “RED” is the quintessential fall album in her discography. However, as I explained in depth in my Rolling Stone review, I do not think that “RED” is even a fundamentally good album so I will not include it on this list. 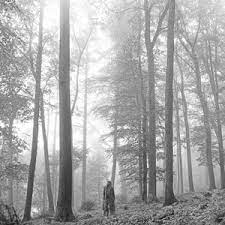 “folklore” is Swift’s first “indie” album; and it’s a grower, for sure. On the surface it’s a showcase of Swift’s strong storytelling, which drives the cool, playful “the last great american dynasty.” Soon the finer nuances of the album are apparent, from the desperation and insecurity of “mirrorball” and “this is me trying” to the yearning of “the 1.” Then, perhaps after listening to “betty” being played on an acoustic guitar at a campfire, folklore suddenly becomes a classic comfort album after only being released for a year.

Swift isn’t just interested in cute little stories, however, as some moments on the record are clearly autobiographical. “peace” is perhaps her most genuine and earnest song to date: “All these people think love’s for show / But I would die for you in secret.” She also shows a maturity not previously seen on her other albums; most would roll their eyes when seeing a title like “mad woman” on a Taylor Swift project, assuming it’s one of her usual “bite back at the haters” songs, but it’s really more like an angrier, yet more reserved version of “The Man,” pointing out the rampant misogyny she’s faced within the music industry.

Swift released a sister album called “evermore” after this one, but “folklore” will always feel like her crowning achievement. 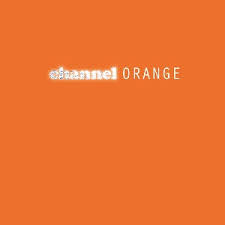 Perhaps it’s nostalgia that landed this album on this list. I remember listening to this while walking home from school in 60 degree weather and thinking I just discovered something amazing (as if the album didn’t come out four years before I ever listened to it).

This album was made to be listened to in order, but each song has its own story. The chic “Super Rich Kids” has minimal instrumentation that makes it easy to get wrapped up in its narrative of a laid-back teenage rebellion (it was featured on an episode of Gossip Girl, which gives some insight into the character of the song). “Sweet Life,” though it’s not as compelling lyrically, has a hook that is unrivaled on the album. Sometimes the songs can get lost in the mix; the jazzy “Crack Rock,” though it’s a personal favorite, is easy to overlook.

Of the ballads on the album, “Bad Religion” is the most gripping, Ocean is crippled by love and left searching for life’s answers in the back of a cab– the string-bleeding ballad finds the singer offering his most impassioned plea yet: “This unrequited love/ To me it’s nothing but a one man cult and cyanide in my styrofoam cup/ I could never make him love me.”

“Thinkin Bout You” is an undeniable classic; here Ocean grapples with the lingering feelings of a first love with poise and some genius sarcasm: “Since you think I don’t love you, I just thought you were cute, that’s why I kiss you.” He continues this nonchalantness in “Lost,” but infuses it with swagger and guitar licks. After listening to it it’s clear that this album is the soundtrack to most local coffee shops for a reason.

Belle & Sebastian – The Boy With the Arab Strap

This album is like a warm hug. It’s not too intrusive–you can turn it on while baking cookies or studying–but it’s far from forgettable. Once in a while you’re caught off guard, like with the juvenile singing and lyrics of “Is It Wicked Not To Care?” 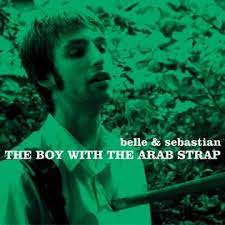 The record is characterized by its pessimistic lyrics and upbeat musical sensibilities of a typical Smiths song. It exemplifies this from its very first line, “He had a stroke at the age of 24 / It could have been a brilliant career,” which is sung in a soft, subdued tone. “Sleep The Clock Around” has a certain nervous energy that creates a dizzying atmosphere when listening to it.

“The Boy With The Arab Strap” is the record’s obvious centerpiece, and for good reason. It evokes the feeling of a new beginning, like walking through an airport on your way to a strange, exciting place. It feels like the start of a teen movie where the camera pans to different houses in a neighborhood. This is obviously looking at the song at its surface level; the lyrics are a whole different story (it involves band drama too petty to get into here).

The main issue with this album is that it tails off a bit at the last track; “The Rollercoaster Ride” suffers from being too long and doesn’t offer enough to justify its runtime. But, overall, the record leans on the sweet side of bittersweet, which is possibly why it fits so well on this list.

A prize jewel to alt-country listeners who like to bolster their hipster cred, “Carnival” more than lives up to the hype. Throughout the record, the band toes the lines between sunny folk and a gritty yet accessible sound. At times this manifests in pure bliss, like in “Then Again,” an unabashedly fun indie tune. This sound comes up again with more apprehension in “Visiting,” where the singing is more tentative in the chorus, and almost doesn’t completely sync up with the drums. This song has some pretty strong imagery, too: “Shaking your car around / City to city / Montclair and elsewhere.” Wait, they’re from New Jersey?

You don’t listen to Pinegrove for these types of songs, though. They’re loved because they can so easily capture feelings of nostalgia. The standout “Aphasia” has a distinct lo-fi sound that makes the song both personal and distant. And on sister songs “Old Friends” and “New Friends,” Pinegrove manages to deliver a melancholy breakup story (“The end summer and I’m still in love with her / I said / Forget it”) with their signature country influence.

There’s a prevailing sense of soul on this project, most evident in “Size of the Moon,” which begins with optimistic guitar strumming and builds up to a triumphant chorus, all while not getting too wrapped up in itself. It really is the heart of this album: a short project that never overstays its welcome. No song is ever too specific with its lyrics, which will make the end feel like after you’ve read a really good book, and you just want more of it.