Pelham football advances to 6-0 with win over Tappan Zee 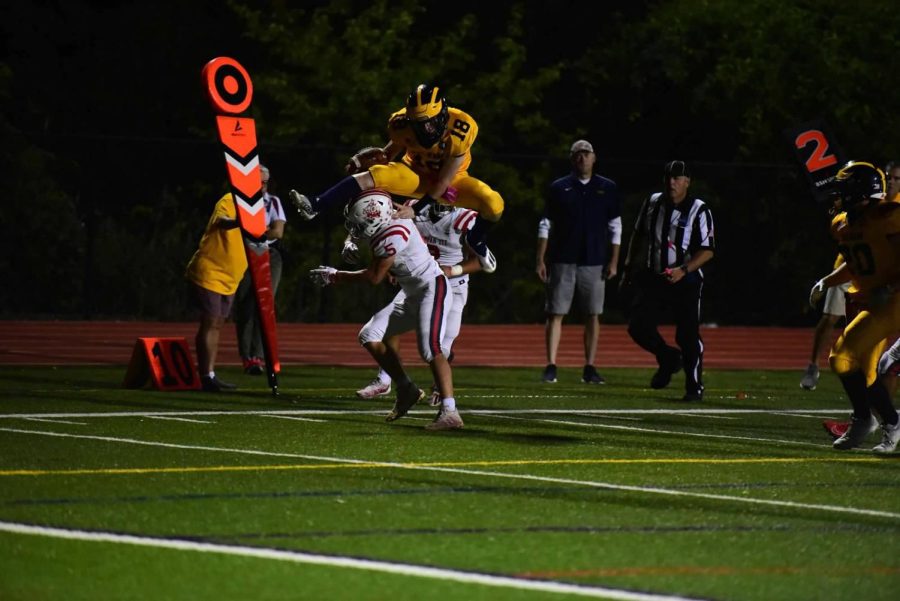 Pelham football continued its undefeated season after beating Tappan Zee by a wide margin Friday, winning 30-7. The streaking Pelicans squad improved to 6-0 after the blowout victory during a night that honored seniors and included homecoming ceremonies.

The Pelicans came out firing on all cylinders in the first quarter, scoring three touchdowns. Early in the period, junior quarterback Callum Reen connected with senior captain Daniel Fredbeck for a touchdown. Reen also hit senior Matteo Johnson with a second touchdown, making it 14-0. Towards the end of the quarter, Fredbeck made the play of the game when he hurdled a defender and ran it in for another score.

The second quarter saw the same trend as the first, with senior captain Josiah Campbell running for the fourth Pelican touchdown of the game. Pelham was up 28-0 at the end of the half.

As the game wrapped up, several players for Pelham put up impressive stat lines. Junior Teddy Johnson had 12 carries for 103 yards, Campbell rushed for 59 yards and a touchdown, Fredbeck had 46 yards on the ground and 2 touchdowns on the day. Reen finished with 73 passing yards and 2 touchdowns.

“It was amazing to be able to play in front of so many people from the town,” Fredbeck said. “We know every game is a battle to stay undefeated and keep that title and the fans have really been able to support us showing up to every game all year long.”

Pelham will be on the road next week against an unbeaten Rye team in a game that determines the league winner and the one seed in Class A South.