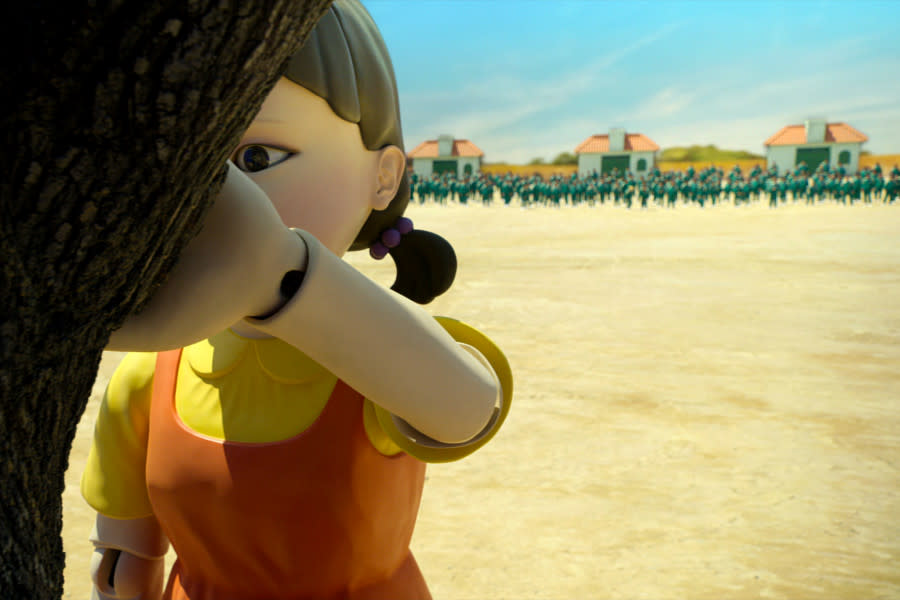 The Korean horror series “Squid Game” was only released a month ago on Netflix but is already the most watched show ever on the streaming service. It is the second Korean show to make the top ten on Netflix and has held the first place position in 90 different countries. While it is now a worldwide phenomenon, it took ten years to be made because many studios rejected the bizarre premise of the series.

“Squid Game” takes place in present day South Korea. A group of desperate, impoverished people agree to participate in what they think are a series of children’s games in an effort to win a life-changing amount of money. The players are taken to a secret island where they are forced to sleep in a communal room and wear tracksuits with their assigned numbers on them. They are only referred to by those numbers. The people who run the games are masked and are led by the Front Man. While there are hundreds of players, only one can win. The person who wins will become rich beyond their wildest dreams. Those who lose are killed.

The show asks the question, are you willing to gamble with your life in order to be wealthy? Overall, I would rate “Squid Game” as an A+ show. Although the story of someone gambling with their life in order to achieve glory or a prize is not unique, the use of the children’s games is a new twist on this old convention. As the series progresses, you grow more connected to the players, their backstories and their motivations.

The show is offered in English and Korean, but the English dubbing is poor and it’s easier to enjoy the show in Korean with English subtitles. It is an extremely well-made program—an emotional rollercoaster that is written and directed to keep every viewer binging onto to the next episode.