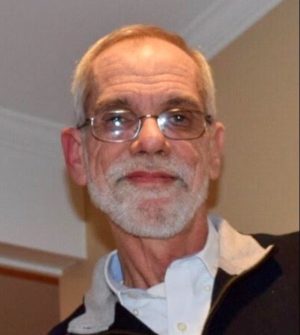 Paul Sousa, known to most as Bubba, passed away in his home on Friday, October 29th, 2021, surrounded by his family. He was 67 years old. Paul was born on August 20th, 1954 in Mount Vernon to the late Herbert and April Sousa. He married his high school sweetheart, Jeanmarie DelGrosso of Pelham, on September 12th, 1976. Lifelong residents of Mount Vernon, they raised three children: Jessica, Paul Jr., and Scott.

Paul worked for the City of Mount Vernon for over twenty years in various positions within the Department of Public Works. He transitioned to the private sector working another twenty years as Vice President of an environmental consulting agency in New York City.

Paul enjoyed spending time with his family, especially his grandchildren. His favorite pastime was going to support his grandchildren in their various activities ranging from musical theatre to volleyball, basketball and hockey games. He was an avid sports fan who spent his Sundays rooting for Tom Brady and the Patriots. He also enjoyed crossword puzzles and reading multiple newspapers.

Paul is survived by his wife Jeanmarie and his children; Jessica and Darrell Tuttle; Paul Sousa Jr and Kimberly Zirolnik; and Scott Sousa and Kelly Doherty. He is the beloved grandfather of Shannon Holland; Madalynn and Olivia Tuttle and Ryan Sousa. He is also survived by his brothers Richard and Stephen Sousa.

A celebration of Paul’s life will take place at the Pelham Funeral Home located at 64 Lincoln Ave., Pelham NY on Tuesday, November 2nd from 4-8 pm. A Mass of Christian Burial will take place at St. Catharine’s Church located at 25 Second Ave., Pelham NY on Wednesday, November 3rd at 10:00 am. Interment will follow at Gate of Heaven Cemetery. In lieu of flowers, please make a donation to Boston Children’s Hospital’s Epilepsy Department . For more information or to leave a condolence please visit www.pelhamfuneral.com