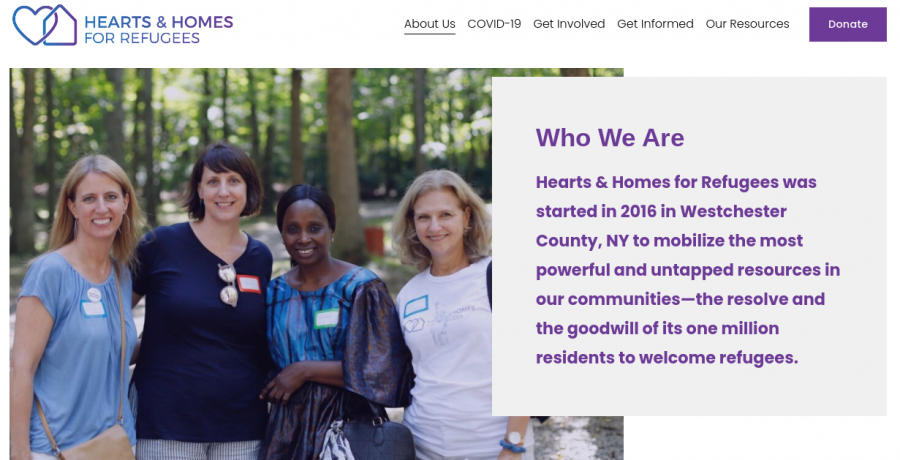 The Students for Refugees Club at Pelham Memorial High School is working with nonprofit community organization Hearts & Homes For Refugees to tackle issues such as the refugees flooding out of Afghanistan since Kabul was taken by the Taliban in August.

With the departure of the U.S. military after 20 years in Afghanistan, more than 600,000 refugees have fled the country. The partnership between the student club and Hearts & Homes was formed a couple of years back by PMHS graduate Steph Munn. With the recent influx of immigrants from Afghanistan, the partnership has become all the more essential for transitioning Afghan refugees to a better and safer life in Westchester.

PMHS senior Henry Smith, president of the club, said the goal of the collaboration is to offer every refugee the opportunity to transition from their lives in their respective countries to their new lives here in the U.S. The Pelham chapter has been a stand-out in the network, which is made up of students from various high schools across Westchester who start their own chapters. The individual clubs work independently and in concert with one another on different initiatives. Direction and coordination is provided by Hearts & Homes for Refugees, which was founded by Pelham’s Kathie O’Callaghan six years ago.

O’Callaghan said there are “six participating high schools in Hearts & Homes for Refugees with more continuing to sign up.” The PMHS chapter of Students for Refugees is “one of the most active and effective clubs in the network,” she said.

The club is gearing up now to assist Hearts & Homes’ ambitious plans to resettle Afghan families to lower Westchester by raising money to help support them.

Members of the Pelham chapter were on hand to lend some muscle during the September move-in day for the first Afghan family that arrived here as part of the evacuation from their country. Hearts & Homes is welcoming more families and looks forward to more support to resettle them.

O’Callaghan said in past year the PMHS chapter has conducted “successful events for the benefit of Hearts & Homes,” including a fundraiser screening of “The Interpreters” at the Pelham Picture House followed by a discussion with the film’s directors. The group also hosted an eye opening “refugee simulation” event called “Walk a Mile in My Shoes” that was open to students, faculty and the public. The event educated attendees about what refugees go through in camps while they await—often for years—acceptance into their destination country, according to O’Callaghan. Pelham students also ran drives to collect toiletries and personal items for clients of Catholic Charities Community Services in Yonkers.

PMHS history teacher Megan Rice is the faculty advisor for the Students for Refugees Club. She, alongside the club, led the effort to create Refugees in Literature, an online resource that comprises a curated collection of book titles by and about refugees for grades K-12, accompanied by classroom guides. To develop this teaching resource, Rice headed a volunteer team of librarians and educators who help bring Refugees in Literature into schools and libraries—so that children can discover truths about refugees and their journeys, and to correct misperceptions that lead to intolerance and prejudice.