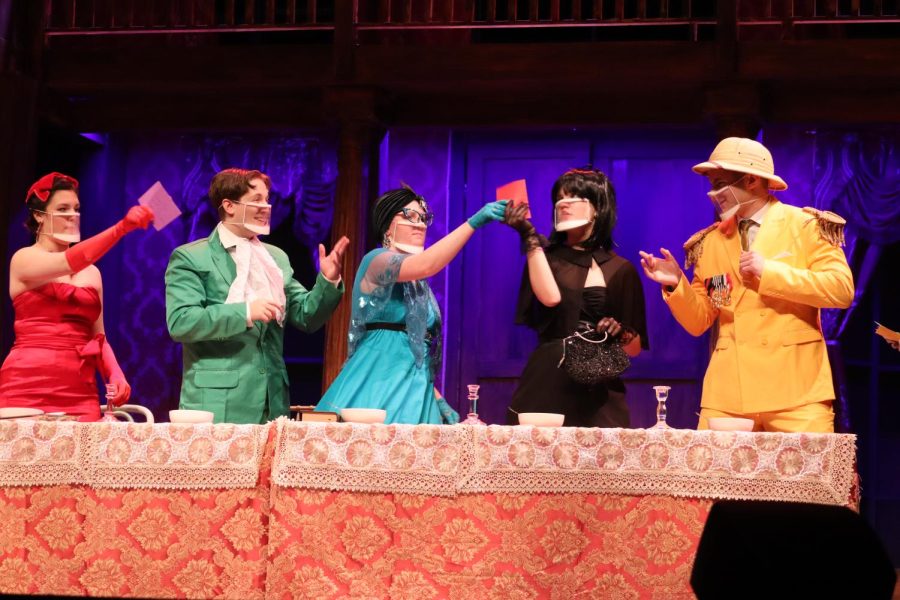 This past weekend, Sock ‘n’ Buskin performed “Clue: On Stage,” the first in-person show in two years for Pelham Memorial High School’s drama club. Directors Thomas Beck and Neil Schleifer brought this wonderful stage adaptation of the board-game-to-movie to PMHS, despite having to deal with Covid requirements.

Sock ‘n’ Buskin saw success every night, selling out each show though seating was reduced because of the pandemic.

“We were excited to welcome people back to the theater with a mystery and funny show,” said Beck.

In the production, six strangers arrive because of an ominous invitation to a deserted New England mansion, even though the strangers originate from the Washington, D.C., suburbs. They are greeted by the butler and the maid. The guests each receive stage names: Colonel Mustard, Mrs. White, Mrs. Peacock, Mr. Green, Professor Plum and Miss Scarlet.

The six then attempt to figure out a series of murders, as the dinner party they were supposed to be at goes quite awry.

Although the show was in person, it did require precautions, including no tickets sold at the door, no concession stands and you had to buy one-to-four seat pods to maintain social distancing.

Beck said the cast was excellent in following Covid protocols.