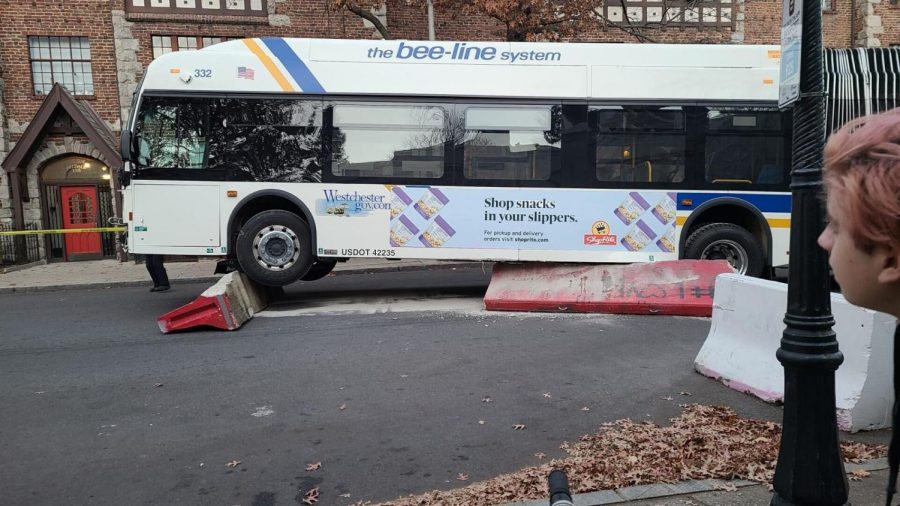 The front end of the Westchester County Bee-Line articulated bus rests on two concrete barriers after the accident.

The barriers were awaiting pick-up after the end of outdoor dining on Tuesday. Pelham police said the block was closed at 7:29 a.m. and reopened at 10:42 a.m.

“A bendy bus (apparently swerving to miss a double parked vehicle on Fifth Avenue) took out the remaining apparatus and mounted the concrete barriers that were the security and protection of outside diners at one of the many restaurants and cafes,” wrote resident Bob Shepherd in a comment to the Pelham Examiner. “It was like a movie scene on Fifth Avenue an hour or so ago. The bendy bus stopped trapped on top of at least two concrete barriers that it dragged along and into the middle of the road.”