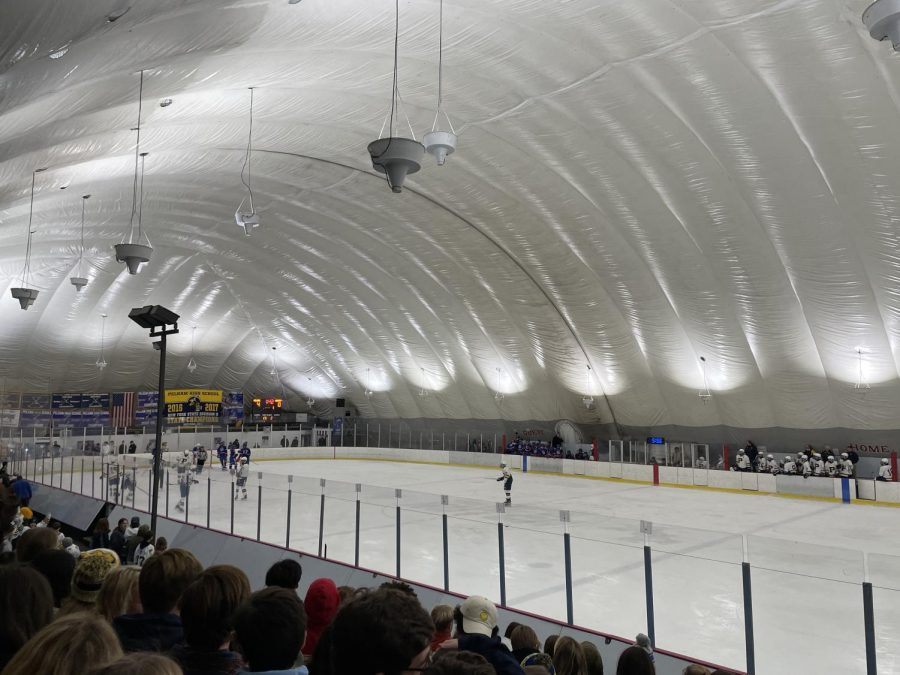 PMHS ice hockey came out with a bang in their first game of the season Tuesday with a 14-4 win over Carmel.

After going 8-1 in scrimmages, the Pelicans, led by seniors Jordan Hurd, Henry Smith, Ben Rosenberg and junior Luke Green, were already confident about what the season would bring. They backed it up Tuesday night.

The Pelicans got on the board quickly, scoring in the first three minutes and continued the pressure for the rest of the game. Rosenberg netted a hat trick, as did sophomore Griffin Evans.

“We’ve been waiting for this team to hit the ice for a while, and it was great to be out there in front of a big crowd on our opening night,” Rosenberg said. “Carmel was a good win, and we are confident going into our next games.”

The Pelicans look to keep the momentum rolling as they take on John Jay (Cross River) at the Ice Hutch next Tuesday.