On growing up odd

I was the staple weird kid. The kid who built fairy houses and made comics while other kids played four-square on the playground. The kid who would read and doodle during class while my teachers desperately tried to refocus my attention on the task at hand. I was the chubby kid who hid behind oversized hoodies and baggy jeans and the kid who came to school with Einstein hair that battled the pink-sequined headband her mom would use to push her bangs back so she could see. Needless to say, I didn’t fit in like the other kids. Partially by choice and partially by obligation. 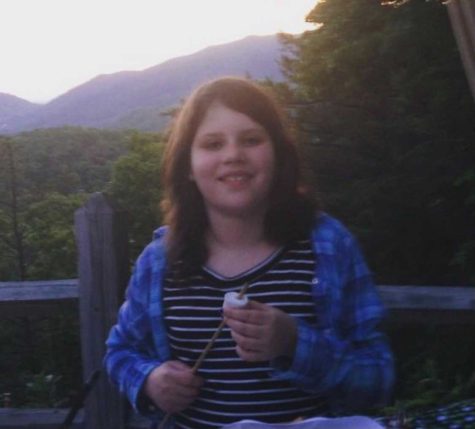 And instead of growing out of it, like some of my teachers encouraged me to do, I grew into it. By the time I hit my acne-filled, Hot Topic, decaf coffee middle school years, it had become my identity. To beat my boat against the current. To not conform. To be a social nomad, comprised a little bit of everything, but never enough to find a home. I cherished my individuality and blushed when people would call me a weirdo. Why would I want to be anything else?

But eventually that pride came to an end, and I hit a wall… really, truly, deep down, who was I?

I remember the first time I stared into the mirror, looking at infinite versions of myself. Every component of my identity shuffled like cards. Every word I have ever used to describe my

self floated around in a cacophony of sludge. I tried to latch on to one fixed definition, but it would melt through my fingers and drip back into infinity. I wished to myself that I had just listened when I was younger. I wished that I hadn’t been so foolish in thinking that I could be my own person. In that moment, I would have traded anything to be something, even if that something was a version of myself that I would never want to be. And as I write this, I can’t say that that feeling has entirely gone away. But it sure as hell has gotten easier to deal with.

I think the change came when I decided that the only thing I could do was take it a day at a time. It was a strange era of my life… one day, I was wearing Barbie makeup, and the next day, I was a warped-tour-fueled fever dream. I dyed my hair every color in the book—and, to be honest, I rocked yellow. I did the things that scared me, like signing up for my high school’s track team and forming a band that sang love songs to our former principal. Despite the overwhelming feeling of being a constant contradiction, it taught me more about my identity than staring into the mirror ever could. It taught me that I could be an aggregate of many things, and still be whole. It taught me that I was way more than a binary or a category on the social spectrum of the jocks and nerds.

I don’t—and probably never will—have the answers to how to be my most authentic self, how to give myself permission to free the fragmented weird kid that still remains in my brain, how to settle into my own person without accusing myself of selling out. But I have made peace with that. I

have made peace with myself, today and tomorrow, and the day after. I have forgiven and decided to love that weird kid that I used to resent. Life is short and strange, and I have found a preference for embracing my constantly changing identity rather than forcing myself into something that doesn’t make sense. And that’s my answer. And I know it’s incomplete and messy, and I know it’s gonna change by next week, but for now that’s exactly the way it needs to be.

Katja Fair, a senior editor of the Pelham Examiner, attends the University of Wisconsin, where she wrote this article for ALT, a lifestyle and fashion magazine that aims to deliver the voices of underrepresented groups on the UW-Madison campus. Members freely express their cultural identities through fashion, photography, film, makeup, graphic design and writing as their media. The magazine intends to enrich the multicultural experience for UW-Madison students by addressing significant social issues. The article is reprinted in the Pelham Examiner with permission.