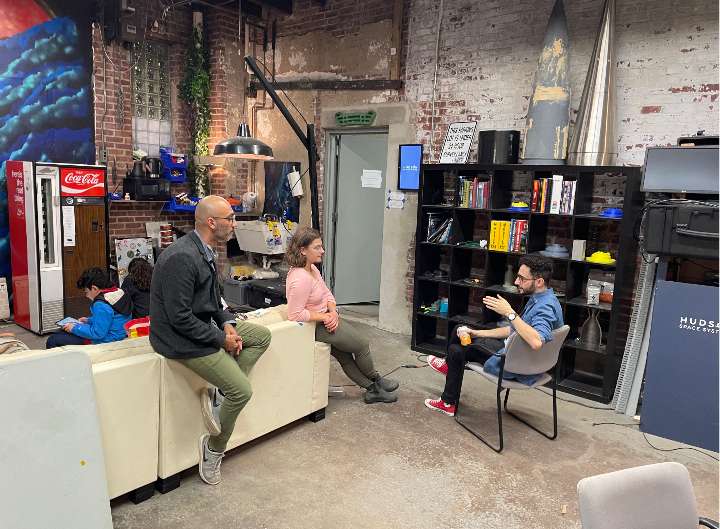 Nathan Tahbaz, a PMHS graduate, is in the space business—as in outer space.

He is the chief executive officer and cofounder with four others of Hudson Space Systems, a new company that aims to make researching with microgravity accessible to people who traditionally wouldn’t be able to do it.

Microgravity is the term for the very weak gravity that occurs when a spaceship is in orbit, according to Hudson Space Systems’ website. To carry out microgravity experiments, an unmanned rocket is launched into space with the equipment needed. Hudson Space Systems’ engine design is much cheaper than other that of other companies, which significantly lowers the cost of the rockets, said the website. Hudson Space said it can have the rocket in microgravity for three minutes with all the specifications needed for the experiment and the rockets would be reusable.

No rockets have been launched yet, but the first one is planned to be launched in early 2023.

”I always loved building things, whether it was an engineering project, an art project or a company,” Tahbaz said. In high school, he ran small businesses fixing phones and doing general tech support.

Experiments in a microgravity environment provide access to phenomena that are not available on Earth. According to the website, this could open up opportunities in fields such as medicine and microbiology. The companies that currently offer access to microgravity are extremely expensive and often have long waiting lists. Hudson Space said it aims to reduce the cost, so more people will be able to do research in microgravity.

Starting the company has not been without its challenges, said Tahbaz. The main hurdle has been communication with customers, he said, because the services are less expensive than the others that are offered. This has created a large customer base and has meant that more people have approached the company who are less familiar with the benefits of researching in microgravity. The team has had to explain to possible users why such studies would be useful.

Another obstacle Tahbaz mentioned was a lack of experience because this was the first time any of the founders had started a company. Everything had to be created from scratch—and there was a lot to learn.

Despite the difficulties, Tahbaz said he enjoys being part of the company. He is getting to learn about many more aspects of having a business besides just the engineering, including as finance, hospitality and customer service.