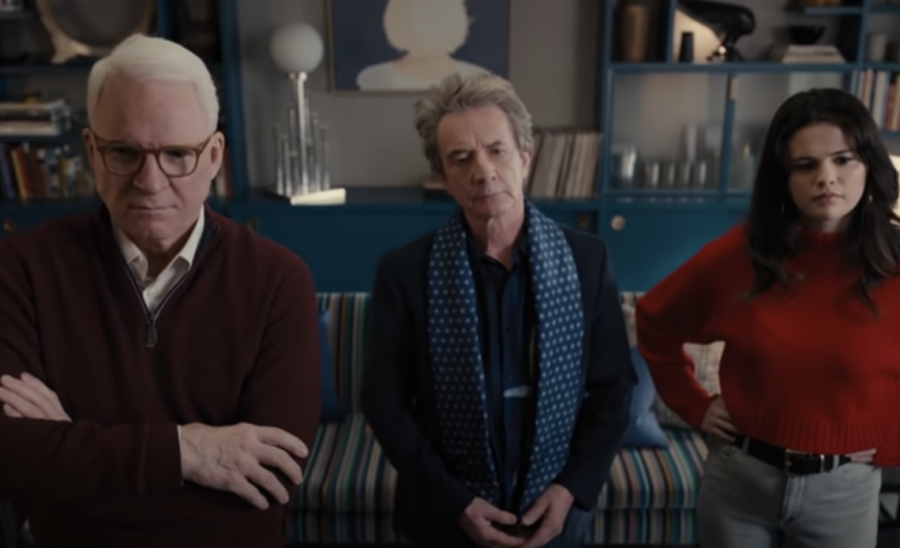 “Only Murders in the Building” is a new Hulu original series, which stars Steve Martin, Selena Gomez, and Martin Short. They play three residents of the Arconia apartment in New York who are brought together by their love of true crime.

Charles Haden-Savage was the star of a hit-show “Brazzos”, which had grown out of popularity. Before the development of the peculiar trio, Charles lived a lonely life and spent most of his time reflecting on his past. Oliver Putnam, the second member of this crime-solving group, ended up in a large hole of debt after he struggled as a Broadway director. Mabel Mora, the final and youngest member of the trio, was not an unfamiliar figure in the Arconia. Having spent many years there as a child, she returned at when she was 28 with the goal of renovating her aunt’s apartment.

As terror and shock are brought to the high-class apartment complex, Mabel, Charles, and Oliver make it their duties to the solve the case of the death of a young man in the building, inspired by their murder-mystery podcasts.

The trio comes together to start a podcast called  “Only Murders in the Building,” in which they update their listeners about the progress made in the solving of the murder. The thirty-minute episodes are filled with comedy and suspense as they give just enough information to leave you in desperation for the next episode.

The leads hold a strong comedic chemistry with one another. The wide range of personalities and backgrounds among the characters provides for an interesting story as their possible connections to the murder are revealed.

Hulu has announced that “Only Murders in the Building” will return for a second season, which is exciting for the show’s fans as the season finale follows the trend of the other episodes, ending on a frustrating cliffhanger. When in an interview with Vulture, Hulu Originals president Craig Erwich stated that “Only Murders in the Building” is the “Most watched comedy ever on Hulu, by good measure.”

I pride myself in being one who can normally predict the twists and turns of shows. Many of them do not successfully achieve the goal of leaving the watcher in utter shock, but with this new murder mystery that offers a comedic twist, I found myself with completely off target predictions. Although I partially expected a mediocre series with awkwardly timed jokes, I can confidently say that I was pleasantly surprised by “Only Murders in the Building”. I will be impatiently awaiting the second season.