‘Spider Man: No Way Home:’ Innovative concept with great cinematography, but lacks something 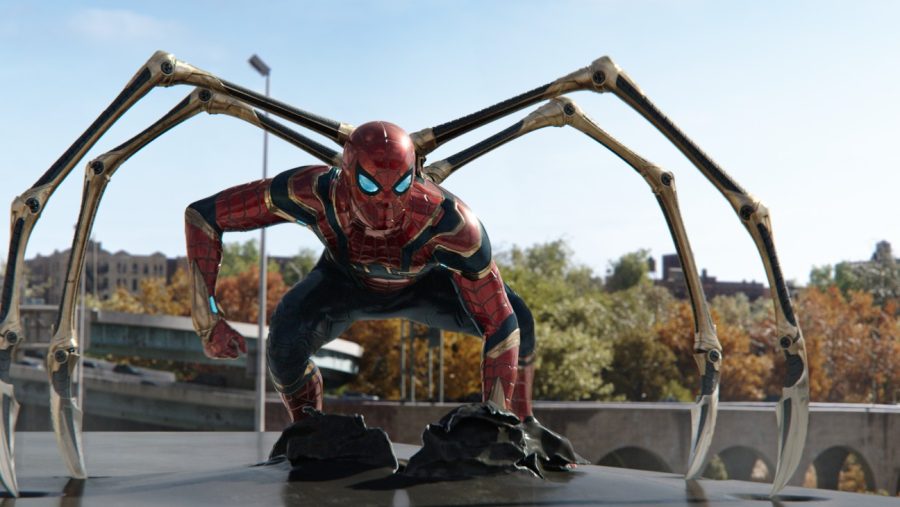 I bought my “Spider Man: No Way Home” tickets way in advance for one of the earliest showings on Thursday. As the anticipation grew around the film, I grew more and more eager to see it. Navigating spoilers online throughout the week, I had the pleasure of going in blind to the movie.

Starting at the beginning, I felt the story line didn’t fully resolve the events at the end of “Spider Man: Far From Home,” where Spiderman’s identity is revealed to the world by the villain Mysterio. This film picks up immediately from the ending of the last. The opening of the film takes off very quickly and the pacing stayed that way. With the reveal of Spiderman’s identity, it was interesting to see society portraying Spiderman as a murderer rather than a hero, whereas in most of the Avengers movies the heroes are idolized. This transition towards the end of Phase 4 of the MCU seems to be highlighting this trend that ‘even superheroes aren’t perfect,’ here and in the newly released “Hawkeye” series.

I felt as if the film enhanced Tom Holland’s portrayal of the teenage Peter Parker, as Peter and his friends Ned and MJ are faced with the daunting task of college applications. Holland’s acting in this film created a sense of humanity within Peter Parker, especially seen after the death of Iron Man in “Avengers: Endgame.” In this film, Holland finds his true connection with his character, during two scenes in particular, where Peter Parker’s emotions overcome him and thereby humanize him. It reminds you that Spider-Man is truly just a 17 year old kid, navigating life.

The introduction of Dr. Strange and the introduction of the multiverses in “Avengers: Endgame” was very much needed for the plot of the film to make sense, however left myself and many other viewers with unanswered questions and possible plot gaps. It’s hard to explain without spoiling the film, but towards the end of the film, it’s important to note that there are multiverses (which is hard to forget, as its a reoccurring theme throughout the film) and that there are numerous characters currently in space, such as Nick Fury and Captain Marvel. The ending of the film seems to be setting up something for future movies, however, and I’m excited to see this pan out.

Parts of the film also felt unnecessary or cosmetic. For example: Why did Peter Parker feel the need to cure the villains from the other multiverses? It felt careless and unnecessary on both Dr. Strange and Peter’s parts to do this as it created numerous problems and led to devastating outcomes and a less than desirable ending.

However, “No Way Home” was one of epic proportions. With numerous cameos of different actors who have starred in other Spider Man and MCU movies and shows, the film didn’t disappoint. My theater whooped and cheered as more and more characters appeared on screen. The connections between the different timelines allowed for MCU fans to experience a film concept never done before, and the dynamic between the actors did not disappoint. The numerous action scenes were fulfilling, but the movie was a bit fast paced for my liking. It felt as if it was…far away (no pun intended). However, it is a must see for fans of the MCU, and those wishing to continue on in the Marvel Cinematic journey.