Jan. 6 vigil at Wolfs Lane Park honors those who died during attack on Capitol by Trump supporters 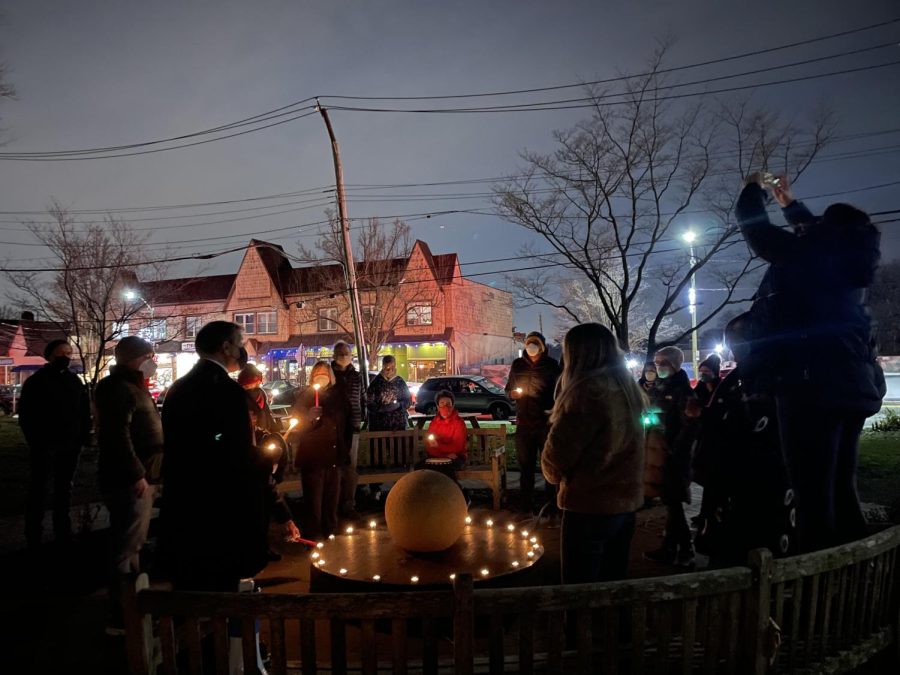 A vigil Jan. 6 at Wolfs Lane Park memorialized the five people who died one year ago when supporters of former President Donald Trump—following his encouragement—stormed the U.S. Capitol in order to prevent President Joe Biden from winning the election. The vigil was organized by Progressive Women of Pelham.

“I wasn’t even in the country,” said activist and filmmaker Jeff Watkins. “I was in Haiti working on a film project. When I found out, I was in disbelief. I am a graduate of the U.S. Naval Academy, and I was also an officer in the Navy, so I have been around lots of government buildings, and I just could not believe it. I actually thought it was a stunt or a movie or something. There is no way in hell I will ever believe folks would ever penetrate the security of one of our most sacred and coveted buildings.”

Solange Hansen, a Washington D.C. native, said she remembers the feeling of fear for her brother who works in the Capitol.

“I was mad cause I just felt like this was the end of four years of just absolute craziness, and then when I saw them come together to finally certify the election, I had some relief,” she said.

“I was hearing these voices (on the radio) as if there was a coup in some faraway land, and it was so surreal to think that these reports that were coming out were real,” said Deborah Lowery Knapp, a lawyer and policy consultant.